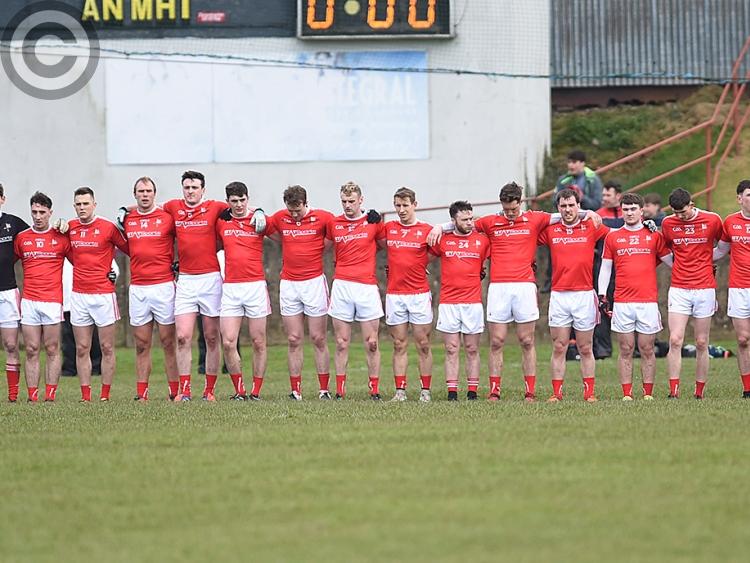 The Louth team for the weekend's senior championship clash with Carlow isn't available at the time of writing (Sunday night). Nor is it likely to be out there even as this issue of your new-look Demo makes it on to the street. If the recent-year trend is continued it won't be out for public consumption until maybe Thursday night, at the earliest.

Pity that. There was a time when followers would be given the chance to gather their thoughts on the first fifteen from the Tuesday, or maybe even earlier. The team for the opening round would be of particular interest. It would be months since the league had been played with only the O'Byrne Cup and maybe a few challenges in between, and it just wouldn't be known who was in or out. If there was progress beyond the first game, interest wouldn't be so keen - changes would likely be kept to the minimum.

That said, in the greatest year Louth has had in the last century, the team that carried off the biggest prize - and even the fifteen that beat Dublin in the Leinster final along the way - was much different from the one that went to war in the opening round at Navan. Six of the panel for the Pairc Tailteann game were in their Sunday best on the day of the win over Cork, dispensed with when the provincial race was over. That's something that has piqued Inside Track over the years.

Carlow were Louth's first-round victims in 1957, beaten by four points. On Sunday next in Portlaoise's O'Moore Park, the same counties come together again, the competition they're playing in having a much less competitive look about it than the one of sixty-one years ago.

There's now a giant two-tone blue cloud hanging over all of the grounds were ten of the eastern province's other counties go to war this year, and, realistically, all are playing for nothing more than the runner-up spot, and, for the first time, a place in the newly-minted Super 8.

The words of a Democrat printing room operative many years ago still resonate. Louth had been beaten in the opening round of the Leinster. Your writer was at wing-full, and soon after clocking in at 3, Earl Street the following day, was told: "I saw the time when Louth could beat Westmeath by proxy."

Owenie would have said the same about Carlow had he been around in 2011. That year, just under twelve months after THAT final, Louth got turned over by the Barrowmen, the first time this had happened in the meeting of the counties. Louth went into that game as favourites - on Sunday it's Bill or Ben, an even-money game if ever there was one.

Going strictly on the counties' past records, that demonstrates just how far back Louth have gone. Yes, there have been two league promotions in recent times, but championship campaigns have been dismal. Then this year league luck ran out, a dalliance with Division Two teams ending winless.

Injuries, emigration and players opting out means that the team Pete McGrath and his cohorts name will be radically changed from the one beaten by Longford in last year's qualifiers. It will almost certainly include a number of championship debutants. There are around thirty currently in training at Darver, and of these 14 have yet to taste senior championship football at provincial level.

Neil Gallagher (15 starts), Derek Maguire (14, plus six as a sub), Declan Byrne (13+7) and Andy McDonnell (13+7) are the most experienced, while Ryan Burns is leading scorer with 2-35, putting him ahead of Jim McEneaney (3-12). But at a time when all hands are needed on deck, McEneaney is unavailable, nursing an injury.

Probably no-one would more appreciate a win than manager McGrath. The magnitude of the task the All-Ireland winner took on late last year has proven itself greater than he probably thought it would, and when he needed all the luck he could get, he found during the league, and since, it's not in plentiful supply. He'll be looking for 100% from whatever team he settles for.