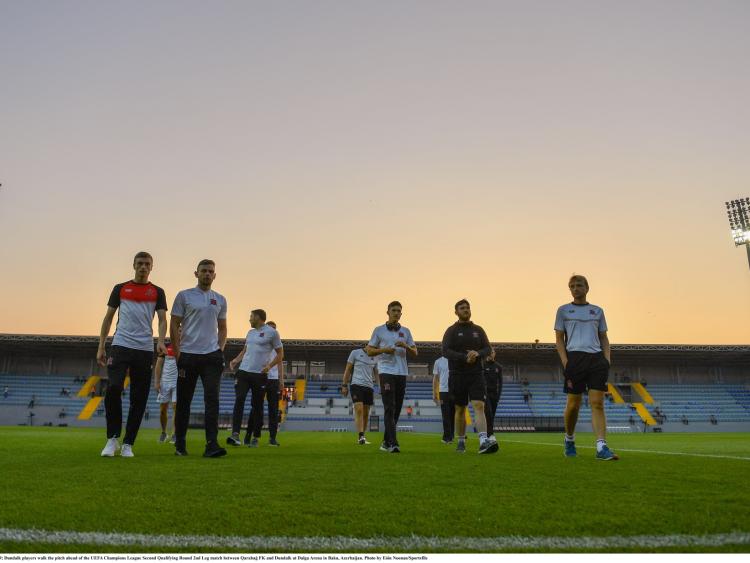 Dundalk FC players on the pitch prior to last week's 3-0 defeat by Qarabag in the UEFA Champions League qualifiers. (Pic: Eóin Noonan/Sportsfile)

The manner by which Dundalk FC and Slovan Bratislava have reached this stage of the UEFA Europa League qualifiers adds an interesting layer of the unknown to both tomorrow night’s opener and next Tuesday’s return leg in Tallaght.

Whereas The Lilywhites jumped the opening Champions League hurdle, by virtue of a penalty kicks win over Riga, following 210 scoreless minutes, Bratislava struck in both legs of their tie with Sutjeska of Montenegro, conceding in the 90th minute on either occasion, only to be sent packing in a shootout.

But while Dundalk progressed, their comprehensive defeat at the hands of Qarabag, particularly last week’s 3-0 hiding in Azerbaijan, will mean they approach Slovan’s challenge quite a bit more gingerly than will be reciprocated.

Bratislava, of course, put four goals past Feronikeli (Kosovo) in their subsequent Europa League contest, advancing 4-1 on aggregate. This, along with their powerful start to the domestic season, has them quibbleless ahead of a tie of mutually critical importance.

It would be a campaign of damp squib proportions if Dundalk were to depart Europe to a side much lower ranked in the coefficient standings, especially if their performance doesn’t match its typically ruthless levels. To have scored just once across four encounters thus far will surely be of concern, albeit a pair of clean sheets were maintained against Riga. 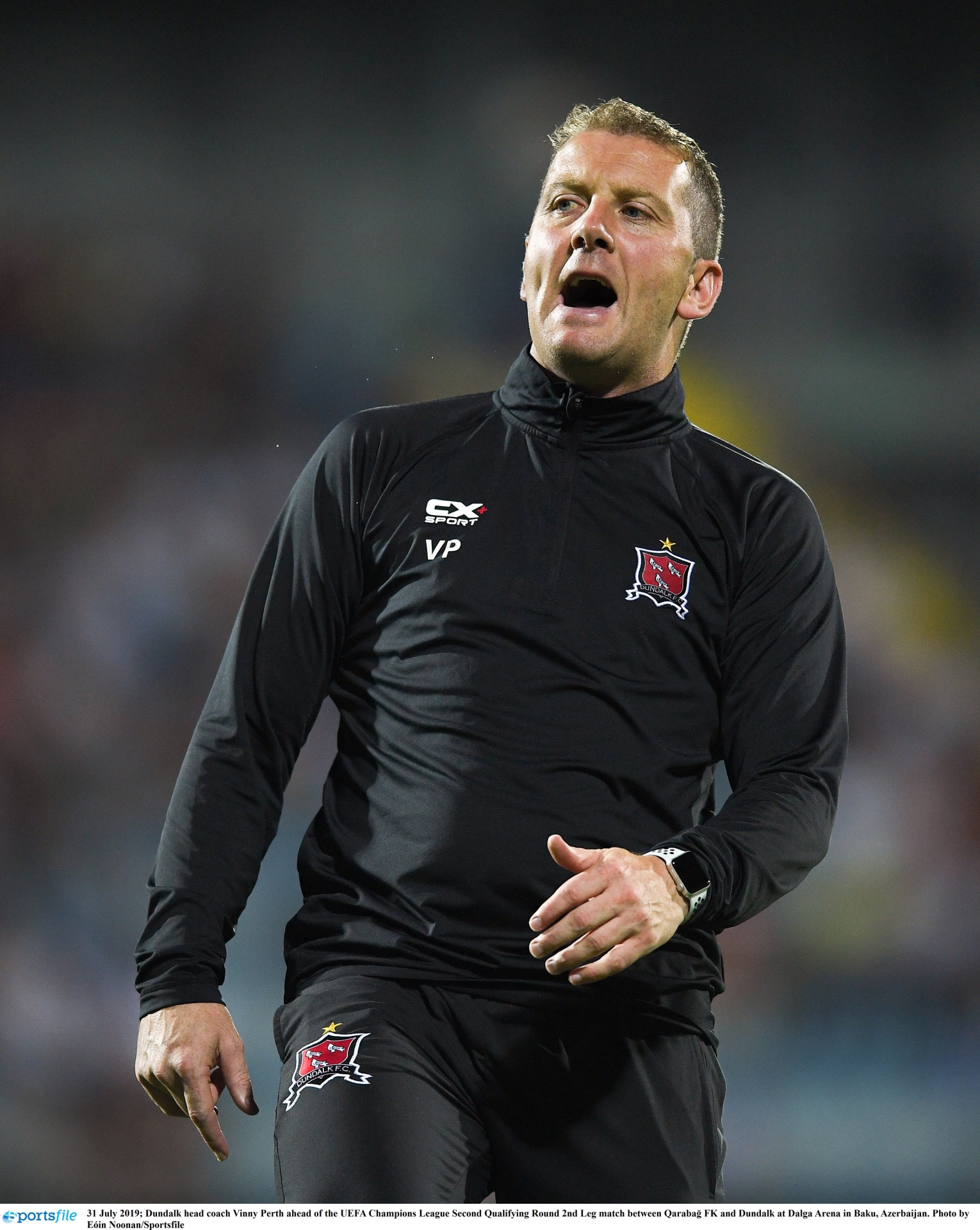 Truth be told, Dundalk were solidly outplayed against Qarabag and had the opposition been merciless, the outcome could have been double what it was. Think of the chances they spurned in both legs, particularly those in the first half at Oriel Park. Openings which, if put away, would have rendered The Lilywhites’ second half upturn fairly inconsequential.

Maybe, though, it’s Dundalk’s attack where focus should lie. Is this the area upon which the tie is pivoted? Slovan have scored in each of their four continental outings, conceding in three. The Lilywhites have failed to register in three, shedding scores in both games against the Azerbaijanis.

Thus the tactical element of the affair will be significant. Dundalk were perhaps guilty of overthinking the second leg against Qarabag. Playing Seán Hoare in midfield, ahead of recognised options in that area, backfired in the sense that his presence was visibly missed alongside Andy Boyle.

Seán Murray or Patrick McEleney may have been shrewder ball-playing options in the engine room, with John Mountney providing a wide threat that Jamie McGrath doesn’t, the latter’s tendency being to glide inside.

Ultimately, the selection, it seems, rests on the availability of Robbie Benson, but it would appear wise to restore Hoare to the heart of defence regardless of what midfield options remain.

Doing so would be all the more sensible for a first leg where Dundalk are facing Slovenian international goal machine Andraz Sporar, who has already struck twice in Europe this season, having fired five in last year’s qualifiers. He’s clearly the danger man, although Moroccan Moha Rharsalla and David Holman, a Hungarian, would rival the striker for that title.

Wednesday night’s encounter will be the third European tie played at the Tehelné pole arena, Slovan’s new home, which also hosts the Slovakian national team’s games. Thus far they’re unbeaten at the venue, a draw and a victory, albeit they have conceded in both fixtures.

Vinny Perth would take a continuation of the latter run, surely, as it would mean Slovan having to score twice to prevail and three to make it convincing. A European goal would be welcome regardless of its context.

As with any first leg, staying in the tie is of primary importance. Dundalk are good enough to do so.