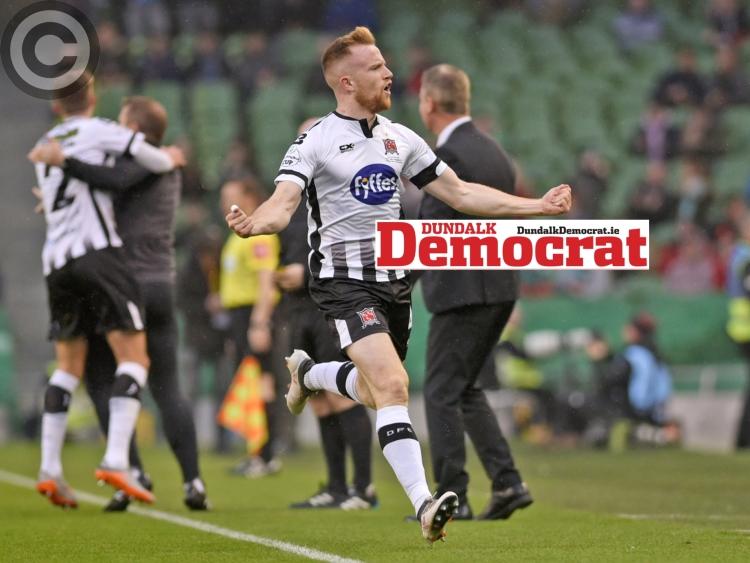 The defender had given the Lilywhites the lead just seconds before conceding a penalty having bundled City striker Karl Sheppard over.

Kieran Sadlier stepped up to level for the Leesiders, but Patrick McEleney’s second half header earned Stephen Kenny’s men their second ‘Cup win in four seasons.

Hoare said: “It was a moment of madness from myself.

“I got caught up in the moment, celebrating. I got excited in our box in trying to win the ball back and keep our momentum going. I touched off him and he went down; it was probably a penalty.

“After that, we did well to keep our heads and get our quality back. We showed the football we can play in the second half.

“It tops off a great season for us.”

While crediting his opener with hours of work on the training ground, devising set-piece techniques, Hoare spoke in light-hearted terms about the winning goal, McEleney’s connection with Seán Gannon’s wicked delivery.

“Fats (McEleney) isn’t renowned for goals with his head, but in big occasions you get big players, but sure he could hardly miss given the quality of the ball that Ganno put in!”

READ WHAT THE PAPERS SAID ABOUT DUNDALK'S TRIUMPH