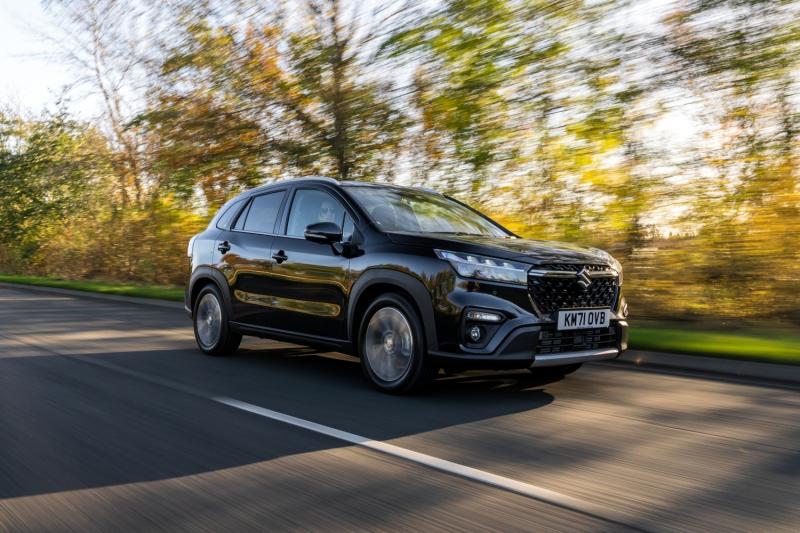 I have to admit I did a double take. I though the new S-Cross from Suzuki was another model share with Toyota, similar to the new Swace, but this time the RAV4. The similarities are uncanny and it’s not until you are up close do you notice the differences.

It’s a very easy mistake to make as the RAV4 is hugely popular and good. In fact, when I checked out the pedigree of the S-Cross I found that there is indeed a model share between Suzuki and Toyota called the Across that is a model share with the RAV4 but it has not arrived in Ireland, yet.

We never got the Kizashi which I have a secret hankering for so don’t hold your breath on Suzuki bringing in the Across.

Nevertheless, the S Cross does have RAV4 conquest potential, albeit shrunken down potential.
It has a chunky look where angles dominate over the curves – again a nod to the RAV4.

The front is more successful than the rear being executed with better design There’s a big grille protected on either side by LED lights, a hungry looking air intake underneath that grille and fog lights either side.

It looks as expected but has a bit of style about it. The side is all angles and appealing. It’s at the back where I feel they dropped the ball a bit.

Below the lights looks like the back has been rear-ended making the rear light clusters look like they are too proud of the rear. Roof rails complete the SUV look and I can just imagine it with bikes or canoes on top.

Inside the interior is refreshingly normal. There is no attempt here to be radical with functional being the priority.

You won’t need a degree in IT to use the infotainment system that is shaped excellently into the dash which is its signature design touch. There are ventilation control knobs and buttons but lacking is a volume knob. Trust me, there is never a time when not providing one is OK. 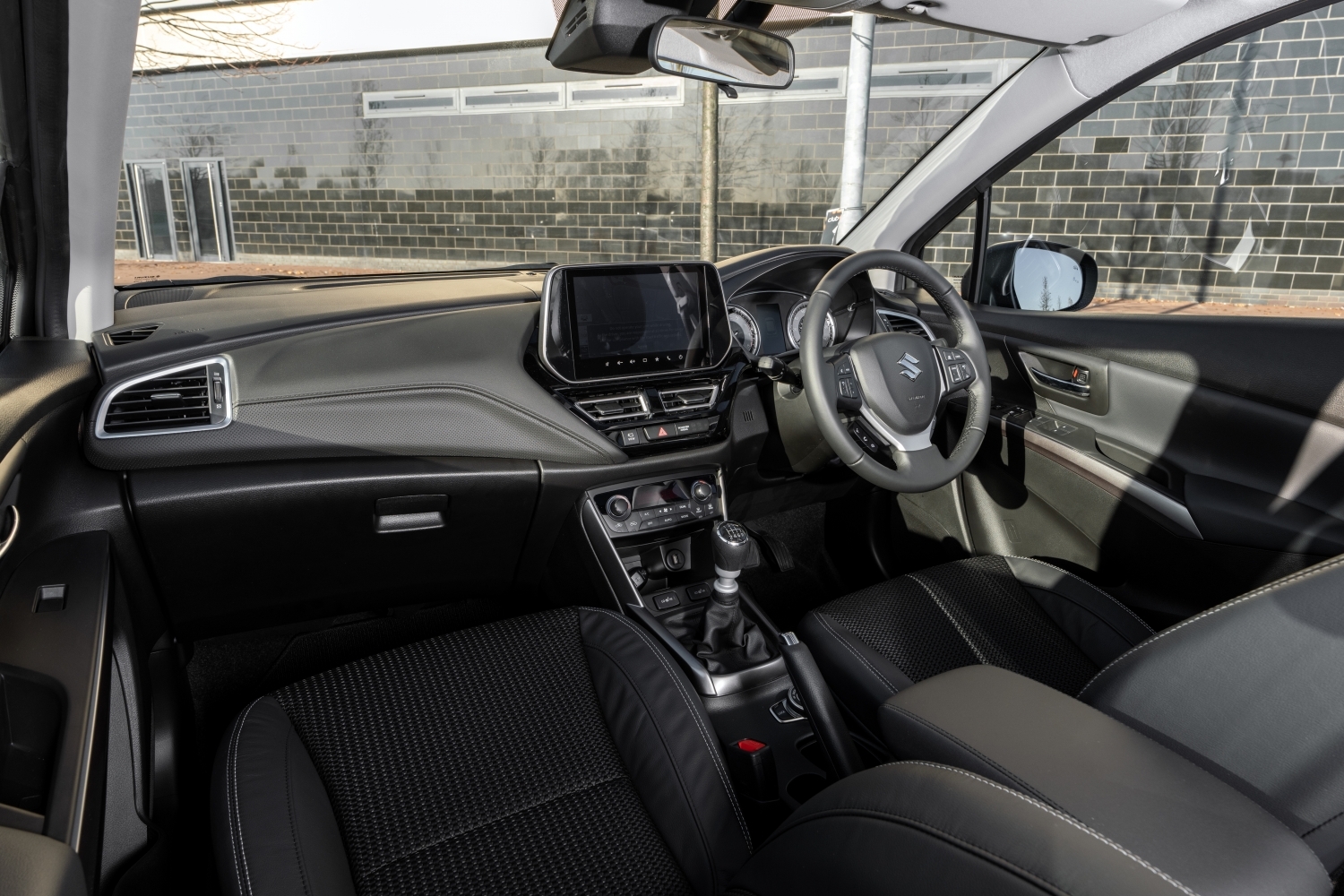 The materials are good, very good, but again in a functional way. No one is trying to make a name for themselves by using a novel or new material. It’s solid plastics, that’ll perform for the life expectancy of the car, and more.

A manual handbrake, proper coffee cup holders perfectly placed and the clearest, easy to use drivers display you could ask for. This really is a belter of a package.

On the road the mild-hybrid technology (it can assist the engine when starting from a standstill or when accelerating, improving fuel efficiency and when decelerating it uses deceleration energy to generate electricity and efficiently charge the vehicle’s batteries) goes about its business anonymously letting you concentrate on driving.

The steering feels just right, communicative and responsive. Coupled with its boosterjet engine it has a sort of a sporty feel to it and is a really enjoyable car to drive.

Those Suzuki booster jet engines really do combine power and frugality. It’s one of the few engines that delivers its claimed potential in reality.

I managed 6.5l/100kms which is brill for a car this size with a 430litre boot. When wrinkles in the road arise it is not thrown off kilter and coped ably.

Passengers get a good ride and are not thrown around much. It has that simple-to-drive far east appeal even though it is made in Hungary or is that assembled? Either way it feels a top-quality product.

Technology is good and it had adaptive cruise control, lane departure warning, blind-spot monitor, rear cross-traffic monitoring and weaving alert. It has all the goodies alright.

With everything automatic these days it’s becoming a bit of a joy to drive a manual. Suzuki are to be commended on maying the buying proposition for the S Cross so simple.

The S Cross has been transformed by Suzuki from the last version. They have injected huge buyer appeal and created a potent package that buyers will love. It is also very keenly priced when compared to others.

This is going to be quite a seller for them and it should be.