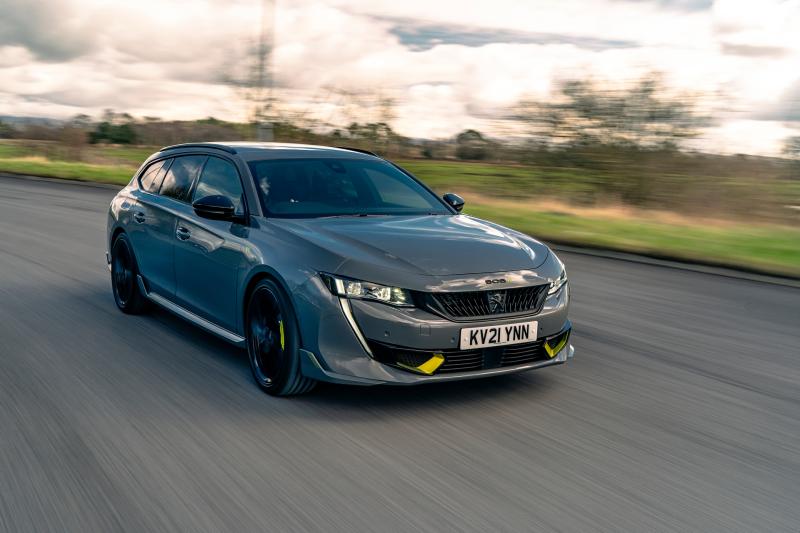 The title of most powerful Peugeot has passed to the 508 PSE. PSE stands for Peugeot Sports Engineering. I recall, I hope correctly, that the previous owner of the most powerful title was a version of the 3008 and before that the glorious looking RCZ.

I still have a hankering for the RCZ. Not because it was powerful but because, externally, it looks like an exotic supercar. In red or white only if you are buying.

I didn’t spend much time in the fastest 3008 but even if I did, I don’t think it would induce a want in me. What about the 508 PSE? I got behind the wheel of the SW version, the estate, and would be my body shape choice every time. Let’s find out.

On sight it is a bullseye, 100%, yes. It doesn’t just look great with its fins, spoilers, green detailing and sleek look, it actually looks very powerful.

Those fins at the front, before the rear wheel arches and at the back really catch the eye as they look like they are floating being attached to the car in one place only. The use of the green colour signifies it is not an ordinary 508 and immediately identifies it as a bit special.

I don’t know how car companies have done it to make grey fashionable, but mine was Selenium Grey and matches the car’s intended purpose and look.

Being the top of the range model there’s every sort of safety feature as standard as well as being comprehensively specced with every option. It would want to be for the €71,890 asking price. With all the features the one that sticks out are the tinted windows. They signal stealthy power.

That power comes from, not a V6, or V8, or straight 6, but a 4-cylinder, 1.6 litre petrol engine that’s turbocharged. That gives 200hp. That doesn’t sound a lot. But PSE have added electric power making it a hybrid, a plug in, boosting the total power to 355hp that delivers it the most powerful crown. It delivers its max. power via 4WD so, again, the car has everything.

The car fits you and you fuse into a single entity with it moving at pace. You can choose various modes based on surface and mood, but I settled on Comfort. My back thanked me. It also thanked me when I used the massaging seats fitted. Not that Comfort is overly so comfortable.

This is a performance car remember and the ride would have to be considered hard. I was expecting Peugeot, the comfort masters, to transition the car from Sport to Comfort better but I think the best I’ve experienced doing this was Honda with the last Type R.

On motorways there was more than expected road noise and it grates after a while because there is not distraction from it.

The temptation to stay off motorways would be very strong for me if I owned a 508 PSE. For distraction you need the turns and this is where the fun really starts. It’s a big heavy car but whatever PSE have done they have made it feel so nimble and the car brings huge smiles when you are turning the wheel a lot and often.

The car has incredible grip which is monumentally reassuring with all that power on board. The 0-100km/h time is 5.2 seconds which is a performance stat that’s rarely used when driving.
The main benefit of a car’s power is when increasing speed to overtake, for instance. A quick press, the car responds, and you make your manoeuvre. The 508 did this with ease.

When aggressively pressed calling for as much power as possible I’d have to say there was a bit of a lack of immediacy. It came alright but wasn’t instant. What PSE could do better is make the transition from pure electric to petrol & electric smoother because the change is quite noticeable.

The interior is beautifully finished, if a little dark. On your own on a twisty road there’s nowhere better to be as I said. 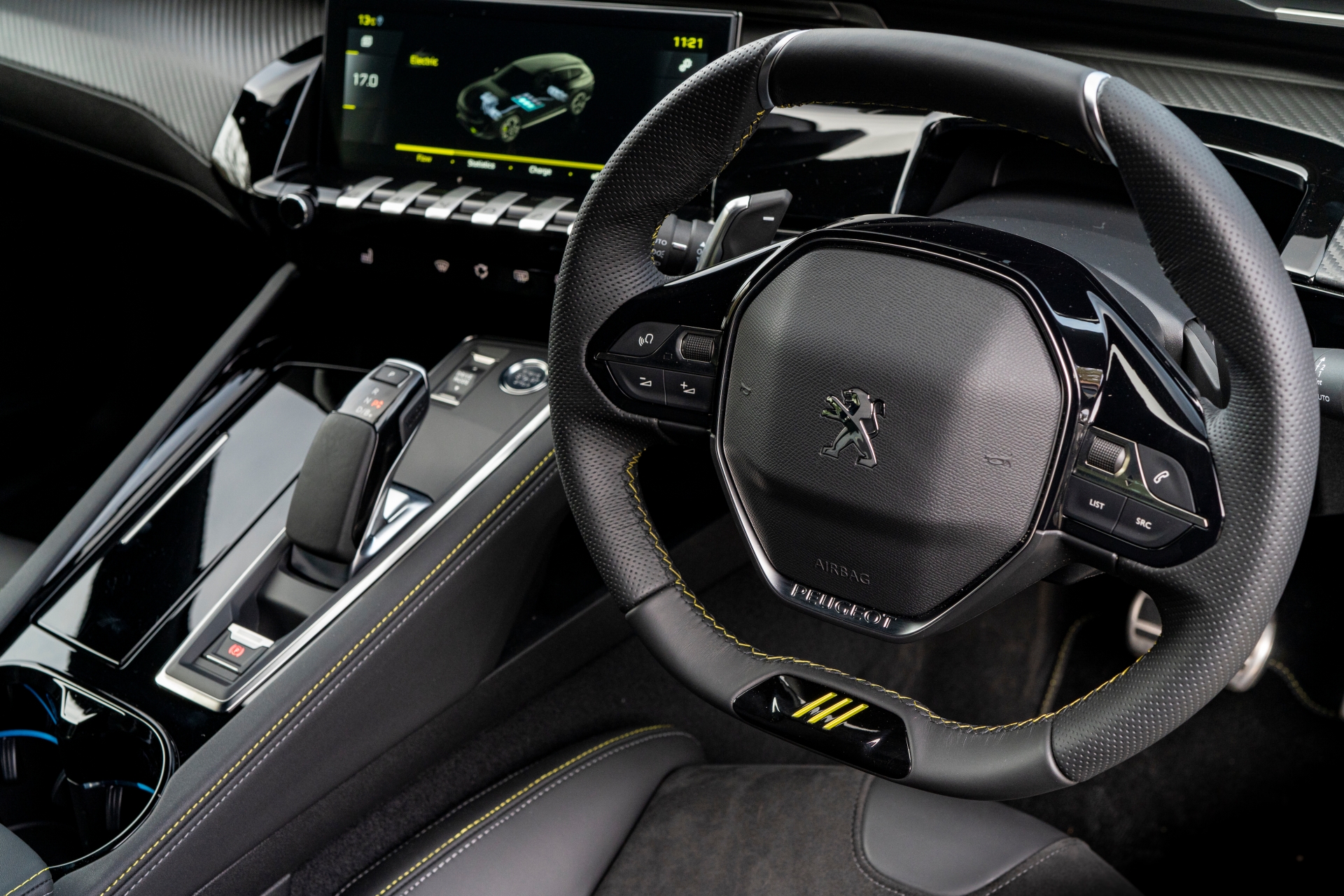 Things got a bit weird when I loaded up with 4 passengers. Everyone felt a lot closer to the next person than in other cars and that dark interior for back passengers felt claustrophobic. Shoulder space felt tight too.

I put two bikes into the back with the seats down, but I had to remove the front wheels which doesn’t have to be done in my friend’s previous model 508. The 530-litre boot space figure was a clue I suppose. Some progress isn’t always progress.

The competition for the 508 PSE is the likes of the Volvo V60 hybrid and the BMW 330e Touring and then again, they are not. The PSE elevates the estate to the class of performance car and for that it is just that little bit more special.

Is it special enough to warrant the price tag? Yes, and it is something different too. Is the price tag too rich to tempt you? Before I would have said yes, but now, with Peugeot morphing more and more into a premium brand it’s getting closer to where this answer will be nearer to no.

For once a no is a positive and Peugeot’s halo 508 PSE is playing a big part in that.