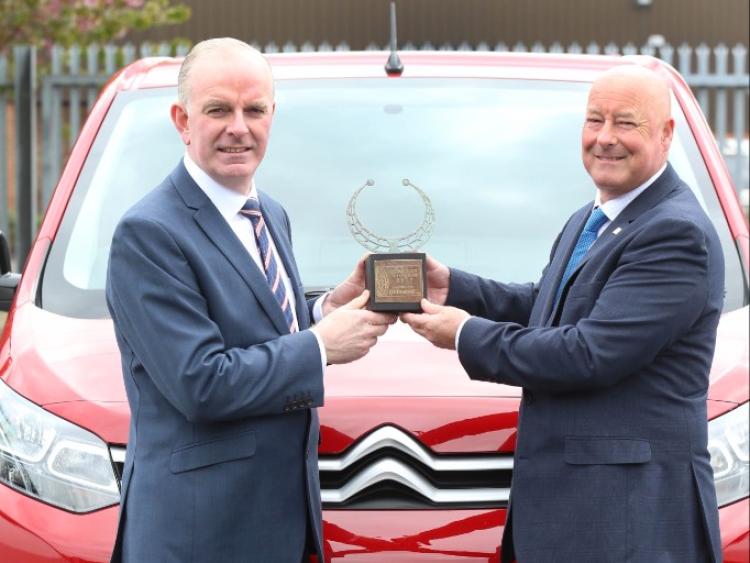 The award is voted upon by a jury of Ireland's most experienced van journalists.

Pictured above at the presentation of the award were (l to r): Tom Dennigan of awards sponsor Continental Tyres and Chris Graham, Citroën and DS Ireland.

Launched last year, the New Citroën Dispatch is the first vehicle of its type to offer hands-free sliding side doors and a head-up display, as well as numerous other technologies that make working lives easier and safer.

Chris Graham, Citroën & DS Ireland’s Managing Director, said; “We are delighted Citroën Dispatch has been voted Irish Van of the Year. In a very competitive market to achieve such an award is an incredible recognition for Dispatch.”