Inside Track: Will the Quarter-finals be a step towards a repeat of 1977 decider? 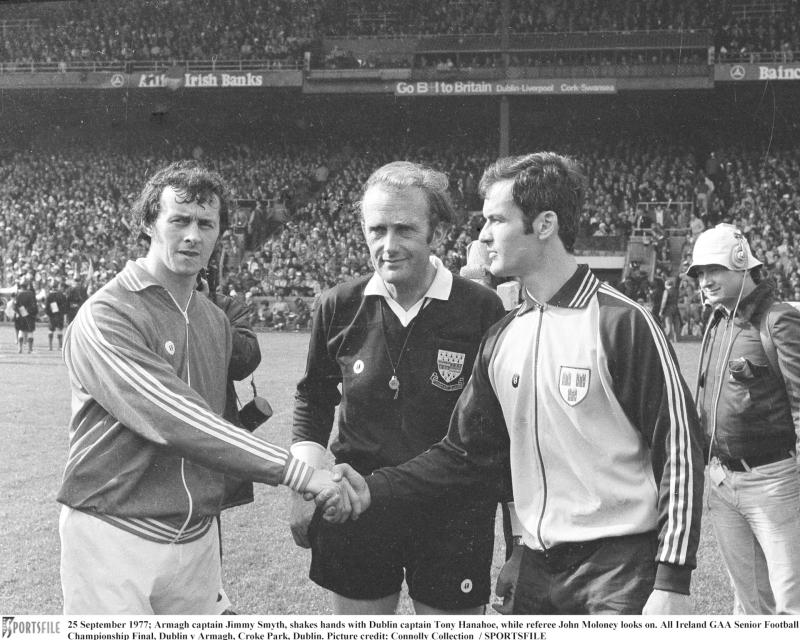 It’s back, and is to be welcomed. This column has often shown its liking for the All-Ireland football quarter-final weekend, especially when all four matches were played at Croke Park.

There’d be two games on Saturday, the others on Sunday. The team to be crowned champions a number of weeks later would sure be on show, and some pairings would be unique, teams playing each other for the first time at championship level. For some, it would be a rare visit to Croker for a championship tie (as is happening this year.)

The quarter-finals made their bow the same year as the All-Ireland qualifiers, which were introduced to give teams beaten in the provincials a second chance. That was in 2001. Louth and Tipperary have the distinction of being the first to play a qualifier. While the other counties were out on Sunday, Louth’s game went ahead on the day before, in Clonmel.

Louth won, 0-13 to 1-8, and followed it with a defeat of Offaly in Navan. The run came to a close in Round 3, Westmeath winning another Pairc Tailteann match by 1-13 to 0-13. The Midlanders advanced to the first All-Ireland quarter-finals, in which they were beaten, in a replay, by Meath.

Meath fancied their chances of winning the title that year after beating the title-holders, Kerry, in the last four, but proved no match for Galway in the decider, beaten by 0-17 to 0-8.

There’s a link between that Galway team and the one that lines out in next weekend’s quarter-finals. Padraig Joyce was the 2001 final man-of-the-match, accounting for ten of his side’s points. He was also named player-of-the-year.

Now he’s manager, hoping to guide the Connacht champions past Armagh in what could be the most competitive of the four matches. As Inside Track sees it, it’s the most difficult to predict.

And the team that’s in headquarters for a rare senior football championship match? That’s Clare, drawn against Derry.

As probably only this county’s greybeards can recall, the Banner was represented there in a 1953 minor championship tie. Birth certificates, or, indeed, the identity of those travelling across the Shannon on the early morning boat from Tarbert, may not have been checked before the All-Ireland semi-final with Louth.

Clare won, causing many here to call foul. However, before squawking, we should perhaps have checked on the make-up of the Louth team that played Kerry in the 1931 final. Some dates of birth would not have stood up to the closest scrutiny.

That’s all in the past: for now, let’s welcome the Banner senior footballers to Croke Park for the first time since losing to Kerry at this stage of the competition back in 2016. They were beaten At HQ before that in the 1992 Semi-final by Dublin after shocking the GAA world to take that year’s Munster Title.

They’re following in the footsteps of the county’s hurlers, and if replicating the achievements of Ger Loughnane and Davy Fitzgerald’s teams, they will do their county proud.

But hold it, they’ve already done that, engineering one of the competition’s great comebacks in last Saturday week’s one-point defeat of Roscommon.

Managed by Colm Collins, they’re not without a decent chance of pulling one over Derry, though if Derry take their Ulster final game with them, Clare could find themselves beaten into submission by frustration, unable to find a way past the big bus.

Clare’s Munster neighbours could have mixed fortunes. Though it’s weeks since they’ve been on the sod, Kerry shouldn’t be troubled in their joust with Mayo.

That was a laboured Mayo win over Kildare. It might not have happened had the Lilies’ full-forward, Daniel Flynn, taken his point instead of going for a goal with his side six points clear in the second half. Or, if Mayo manager, John Horan, had not made changes to his forward-line.

It just doesn’t seem to work nowadays for big Aidan O’Shea when he’s in focus. In contrast, Lee Keegan thrives on the big stage, playing up and down the field. This time, however, he may have to concentrate more on trying to keep tabs on David Clifford and the others upfront than sallying upfield.

Cork weren’t much better against Limerick than they’d been against Louth, and unless they improve substantially won’t, as they say, keep it kicked out to Dublin.

This page would rate Armagh third in line behind Dublin and Kerry going into the quarters. The team groomed by the two Kierans – McGeeney and Donaghy – are the big improvers, and playing on the pitch where they gave, arguably, their year’s best performance (against Dublin, in the league) won’t want for support.

The travellers from Crossmaglen, Lurgan, Portadown, Mullabawn and other places throughout the Orchard might just have something to celebrate.

The draw for the semi-finals has winners of the Dublin/Cork playing Kerry or Mayo, and Armagh/Galway out against Clare or Derry. What price a repeat of 1977, Dublin versus Armagh?