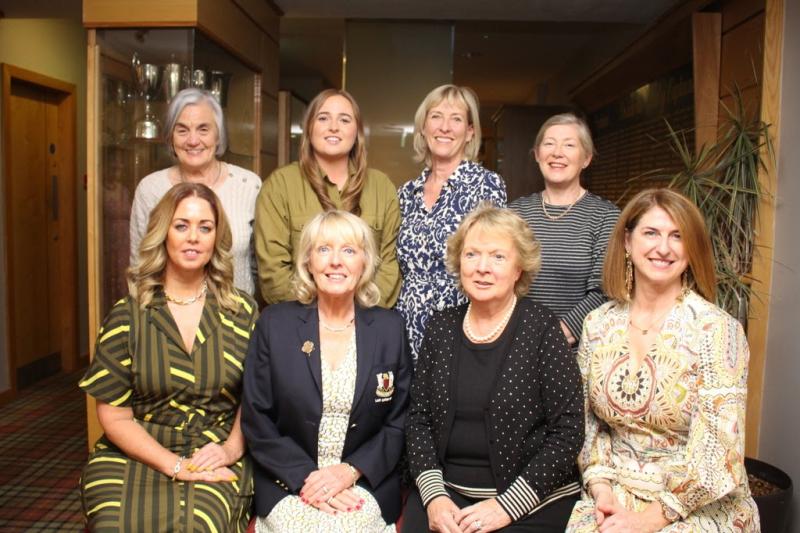 Stephen Murphy held off the challenge of Harry O’Hanrahan and James Rogers to win the House Committee Competition on countback after all three had tied on 41pts.

O’Hanrahan, also came home in 21pts, and that knocked Rogers into third place as he had only 17pts on the back nine after a sensational 24pts on the front, which included a four-point par at the first.

Murphy had covered the back six in 13pts and O’Hanrahan was left to rue a blank on the 17th and a one-point return on the 15th as he covered the final six holes in 10pts and had to settle for second place.

Rogers good form continued in the Deluxe Bathrooms sponsored Wednesday Open and this time he made no mistakes as he took the overall victory by one point from Danny Miele after shooting 42pts.

On the inter-cub front the Barton Cup team beat Seapoint 3.5 to 1.5 to advance to the next round.

Caolan Rafferty had a great run at the British Amateur Championship at Royal Lytham & St Anne’s last week. After qualifying for the matchplay stages in 27th place following round of 73 and 68, Rafferty beat American Youssef Guezzale at the 19th in the first round of matchplay.

He then saw off Archie Davis of Wales in the last 32 with a 3&2 win, but his run ended in the last 16 when he went down 4&3 to Australia’s Max Charles.

The annual Four Lady Charity team event, in aid of Hospice Homecare, was played on Saturday June 11 and Tuesday June 14. This is one of the most popular competitions of the golfing season, with all proceeds going towards Hospice Homecare.

The competition was once again very kindly sponsored by Paula Bishoff and Catherine McElligott of The Hair Shop.

They clinched victory by one point from Catherine Cafferty, Imelda Cuneen, Bernie Dugall and Clare Farrelly, who in turn, claimed the runner-up spot on countback. In third place were Joyce Burbage, Mairead Garland, Mary Smyth and Siobhan Duffy.

Maura O’Callaghan, Director of the North Louth Branch, was delighted with the support again in 2022. North Louth Hospice was established almost 30 years ago and continues to do Trojan work in supporting those diagnosed with cancer and their families.

Some of the many services provided by the Hospice include assisting patients with transport to hospital appointments, provision of specialist Homecare Services, Home Help Support and Family Support.

Lady Captain Alison Quigley spoke of the commitment of the members of Dundalk Golf Club to this most worthy cause and thanked all those who had helped organise the event and all who had played, with the final sum raised amounting to a fantastic €5,500.

The generosity of the ladies and gents of Dundalk Golf Club is very much appreciated by all involved. Many thanks again to the very generous sponsorship of The Hair Shop.

On the interclub scene, the Challenge Cup team beat Castleknock in their third-round encounter. Both the Minor Cup and Carton Cup teams had great wins last weekend to progress to the next round.