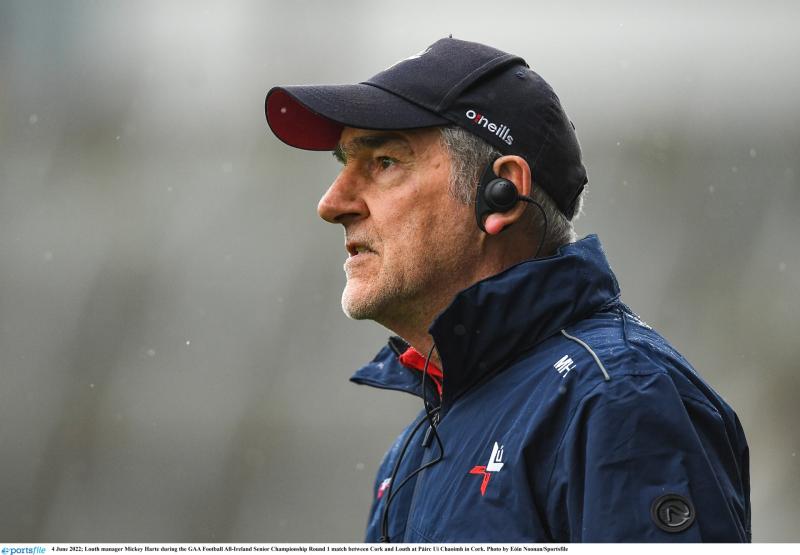 And so a journey that began all the way back in January on a cold windy afternoon with defeat to Longford in the O’Byrne Cup, finishes with another defeat. Again in the cold, but this time in the much more impressive surroundings of Pairc Ui Chaoimh.

Despite a trojan effort that saw Louth contain Cork for large periods of this titanic contest, in the end the Rebels were able to just do enough to earn their spot in round Two of the All-Ireland Football Championship.

The Wee County had thrown everything at the hosts, but sadly it was in vain. The final deficit of four points, 2-12 to 2-8, a tad unfair on a Louth side that for three quarters of this knockout tie looked just as likely to progress as the Rebels.

“The goals were big scores, there is no doubt about it” noted Louth manager Mickey Harte when speaking to the assembled media after the game. “Our gameplan was going well, but for it to go perfectly you need to stay ahead.

“We missed a few chances to make them have to come at us and it got to a stage of the game where they were able to hold back a little bit. It made it difficult to get the ball. When we did get a few breakaway attempts we probably shot from places that we hadn’t a high percentage of scoring from.

“Everything is critical in close, tight games and every possession counts. We had to work hard to get it every time and we just didn’t make enough of it. But I can’t fault their effort or the way they applied themselves to game. It is just Cork finished with more scores by the end of the game.”

Having shipped such a big score in their Leinster Championship defeat to Kildare, it would not have surprised any in attendance that day in Tullamore that the former All Ireland winning manager would look to do something different to make sure such a beating didn’t happen again.

The result was a Louth side that had prioritised defending over everything else, wall upon wall of defenders greeting any attack from the home side. The problem was when it mattered, they could not get their own attack flowing.

Harte acknowledge this but also noted that Cork may have been lucky to grab their second goal, one which ended up being their catalyst on the road to victory.

“We definitely had to be a more conservative team than we were against Kildare, and we believed if we were cautious and had our conservative game well under control that we could make life very difficult for Cork and I think that we did.

“But you have to open up after that. There is a stage where we needed to go for broke and that left us vulnerable at the back. Probably their second goal, which was critical to the final outcome, I do feel we deserved a free.

“We had a Cork player trapped and he held onto the ball too long. He ended up getting the decision and that was a very critical decision. But then in tight games many decisions are critical.”

Asked how the mood was in the dressing room after the defeat and if the group had anything positive to take from it, Harte noted just how far the team had come over the past six months.

From not winning a game in the O’Byrne Cup back in January to ending up on the steps of Croke Park lifting a national trophy. They have been on some journey together. He feels this group have a lot of good days to look back on despite two tough championship defeats.

“Plenty of teams would have been proud of just winning Division Three. At one stage, after two games, it looked like we were relegation material and I think that they knuckled down and had a really good run to get to the final. Then they won that final.

“So there is a lot to be proud of, a lot for the players to be happy about. Now that you’re up in Division Two, this is the kind of form and standard that you need every day you go out.  And better then that, considering some of the teams that will be in Division Two next year.”

On that step up to a higher division in 2023, a tough task clearly awaits them. On the agenda is clashes with Cork and Kildare once more, plus dates with Dublin and arch-rivals Meath.

The Tyrone native is under no illusions as to the tasks they face next year and knows they will need to push on further. However, he has backed his players to learn from their recent defeats and make sure they put the work in to get themselves primed for the next level of football that awaits them.

“It takes time to mature players into the physical state that those playing for three or four years at that level are already at” stressed Harte. 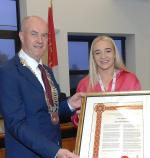