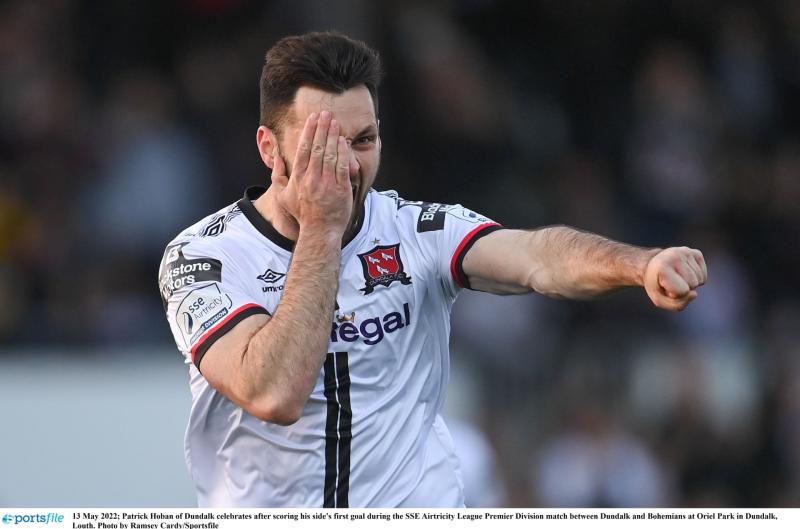 Dundalk FC remain unbeaten at Oriel Park this season after coming from behind in the second half to defeat Bohemians 3-1 in the SSE Airtricity League Premier Division.

Ciaran Kelly’s goal put the Dublin side ahead at the break, but Patrick Hoban, Robbie Benson and Paul Doyle all got on the scoresheet for The Lilywhites after half-time.

The first chance of the night fell to Dundalk inside the opening five minutes when Mark Connolly hooked wide after getting on the end of a corner from the left by Joe Adams.

Bohs’ first effort on goal came shortly afterwards after Conor Levingston found himself in space, but his shot was easily gathered by Dundalk goalkeeper Nathan Shepperd.

Shepperd was called into action again when he tipped Liam Burt’s shot around the post, but The Gypsies took the lead from the resulting corner on 15 minutes when a low corner was helped on by Levingston before defender Ciaran Kelly stuck his leg out to finish.

Dundalk were sluggish, but they had a great chance to equalise through Benson, who unleashed a long-range shot which had to be tipped onto the crossbar by James Talbot.

Daniel Kelly fired wide after Steven Bradley’s cross found its way to the ex-Bohs winger, who had another effort saved by Talbot before Adams hooked over from the rebound.

In first-half stoppage-time, Talbot was at full stretch as Hoban drilled a few inches wide.

The second half was only five minutes old when Dundalk levelled matters with Hoban, after being set up by Benson, rifling past Talbot via the aid of a deflection off Levingston.

Shortly after Burt’s attempt was gathered by Shepperd, a mishap from Sam Bone allowed Tyreke Wilson to flash across goal as Bohs looked to restore their one-goal advantage.

However, it was Dundalk who made it 2-1 on 71 minutes when substitute Keith Ward played an incisive pass into the path of Daniel Kelly, and he then squared for Benson to finish into an empty net as Stephen O’Donnell’s team completed their turnaround.

Indeed, The Lilywhites made it 3-1 on 79 minutes when after some good hold-up from Greg Sloggett, substitute Doyle finished thanks to a massive deflection off Ciaran Kelly. 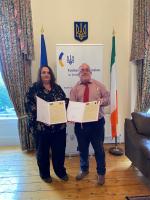 Ukrainian ambassador expresses gratitude to Dundalk for solidarity and friendship