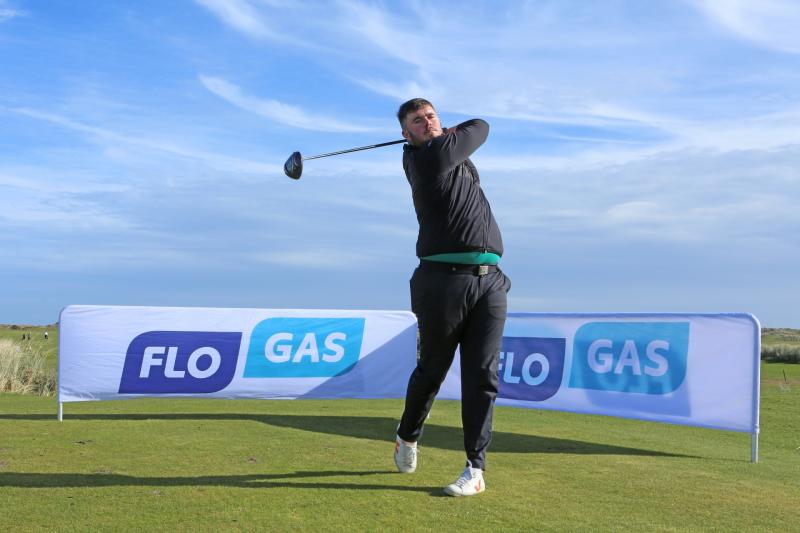 Eoin Murphy will hit the course for the Irish Amateur Open, but only after first completing a Business exam in Maynooth

Eoin Murphy's opening morning of the Flogas Irish Men's Amateur Open wont be on the golf course at The Island.

Instead, the Dundalk golfer will be 45-minutes away in Maynooth University taking part in college exams for his Business and Management degree, before teeing off in the afternoon in north Dublin.

Despite the clash, Murphy is delighted to be able to stay at home in Dundalk for the week, and fit in his exams around competing.

"Home is only 40-minutes up the road and to be able to stay at home and do college work in the evenings is brilliant. I can go home and relax at the end of each day, and be comfortable in my surroundings. It gives a lot more freedom being at home.

"I'm trying to get exams done and get assignments out of the way. I probably wont be thinking about the event until today, when I'll be going up for a practice round."

Murphy is going into this week's event in flying form, having finished in a tie for sixth at the prestigious Lytham Trophy earlier this month.

"Lytham was a good week for building confidence. The game had been in a good place over the winter, but I was delighted to see some rewards in England. I'm looking forward to getting to The Island. It's a lovely golf course, and I'll go and try and keep it steady."

The Maynooth University student has been playing regularly through the Winter and Spring as part of The R&A's Student Series, where he finished ninth on the Order of Meriit, and he hopes that form will see him through a fruitful summer.

Another Dundalk Golf member set to tee it up in Dublin is Caolan Rafferty, who is also in fine form going into the event. He was top of the pile in the strokeplay portion of the West Of Ireland Open last month and also gained a victory on his home course.

Meanwhile after finishing his exams, Murphy gets underway in the final group at 2:50, again on the first tee. He will the experienced David Kitt from Galway and English raider Louis TALARCZYK.

132 players from 11 countries will be competing in the third Men's Bridgestone Tour event of the year. The Flogas Irish Men's Amateur Open will be played over four days, 12th-15th of May, with a 54-hole cut taking place on Saturday evening. Douglas' Peter O'Keeffe defends the title he won last year at The European Club.