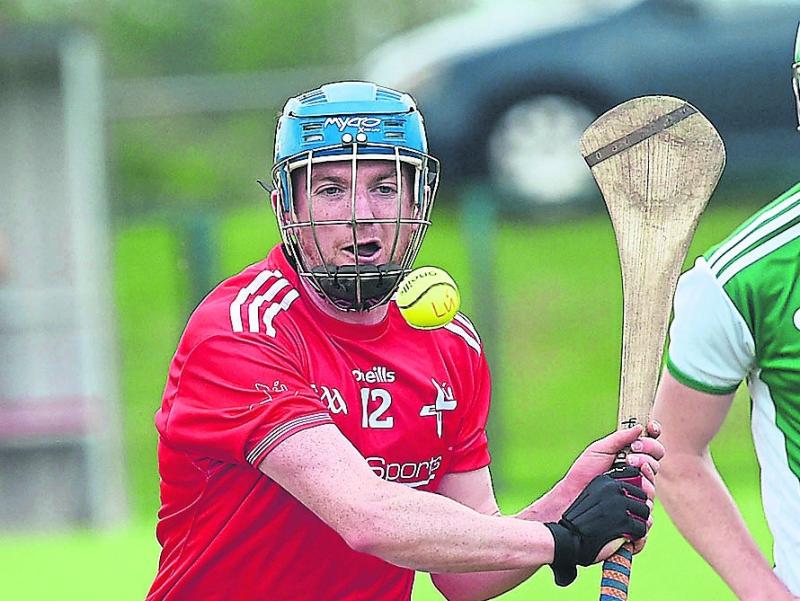 Having suffered two successive defeats, any hopes the Louth hurlers had of making an impact in the Lory Meagher Cup appeared very slim.

That was until news came out of Croke Park on Friday evening that Monaghan had been deducted four points for playing an ineligible player in two earlier rounds.

As a result this fourth round match at home to Cavan in Darver on Saturday afternoon took on a much greater significance for Paul McCormack's charges.

This has certainly been a fall from grace for a Cavan side who only last July inflicted a four points defeat on the Wee County in the semi-final to qualify for the Lory Meagher final in Croke Park.

They subsequently went on to lose that final to Fermanagh. 11 of their semi-final side from last July featured in Saturday’s match, but on this occasion they proved no match for a free scoring Wee County.

Louth for their part featured 10 on Saturday from that Breffni Park clash, romping to victory on this occasion in style with 11 different players contributing scores, which included all the starting forwards and both midfielders.

They will now travel to Ballinamore this Saturday afternoon (12.30) to take on Leitrim where victory will send them back to Croke Park for the first time since their 2020 success in this competition.

The home side started this match brightly scoring the first four points in a row. These included two frees from top scorer Darren Geoghegan and one a piece from midfielder Seanie Crosbie and the ever-influential Feidhleim Joyce.

Cavan responded with their first point on eight minutes from Cillian Sheanon and reduced the arrears to one with a point from centre half Canice Maher and another from the right wing from Sheanon.

Louth struck back with another brace of points from play before netting twice inside the space of sixty seconds. Firstly, a free from Geoghegan was misfielded by the Cavan keeper and Sean Kerrisk was quickest to react to score from close range.

Goal number two quickly followed with Seaghan Conneely getting on the end of a good move involving five different Louth players to fire home from the edge of the square.

The sides exchanged the next two points with the Cavan score well taken by corner back Liam Og Cooke from the right wing on 30 minutes. Peter Fortune was working tirelessly out on the right wing for the home side and he was rewarded with a good point of his own from off his weaker side.

Just when we thought Louth would have a comfortable advantage at the break, Cavan struck for a goal on 32 minutes when James Smith netted from close range after an initial save from keeper Ruairi Morrissey.

Jamie McDonnell and Fiachra Hughes then exchanged long range points as Louth went in leading at half time by 2-9 to 1-5. Louth extended their lead with the opening five points on the resumption which included three from impressive half back Mattie Fee, all scored from distance.

Cavan did threaten the Louth goal on a couple of occasions before James Smith fired over their first point of this second half from a free on 47 minutes. Darren Geoghegan added to his ever-increasing tally with three more points including one from play set up well by substitute Ronan Mulholland.

Two more Geoghegan points from play and one from goal scorer Conneely had Louth now leading by 2-22 to 1-7 on 61 minutes.

Substitute Mulholland and midfielder Liam Molloy also contributed good scores in added time as Louth can now look forward to their trip to the west this weekend with some confidence as they look to earn a place in the Croke Park decider.