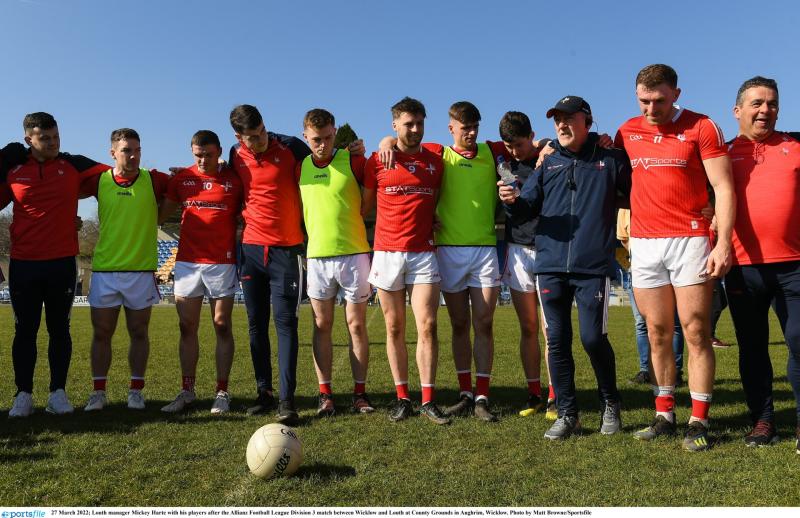 The Louth senior footballers are Croke Park bound for their Allianz League final.

The Wee County and Limerick meet in the Division Three decider next Saturday April 2 and GAA officials have confirmed the match for Croke Park at 4.45. The game will be live on TG4 television.

The game will be a double-header in GAA Headquarters with the Division Four final between Tipperary and Cavan at 2.30.

In a triple-header of live TV action - the Division One hurling final between Cork and Waterford is in Thurles at 7.15 on Saturday.

On Sunday, Croke Park will host another Allianz Football League final doube-header - Galway and Roscommon in the Division Two final at 1.45 and Kerry and Mayo in the Division One final at 4pm.

Louth are one of just two sides to defeat Limerick in the seven game league campaign. The sides met on February 20 in UL when Mickey Harte's side were 1-14 to 1-12 winners.

The Men in red last tasted sucess in this tier of the National League back in 2011, under the guidance of the current county board chairmen Peter Fitzpatrick. On that occasion they defeated Westmeath 1-15 to 0-13.

Promotion means that Louth will face quality opposition next Spring with Dublin, Kildare, Meath, Derry, Cork, Clare and Limerick all opponents for the Wee County.