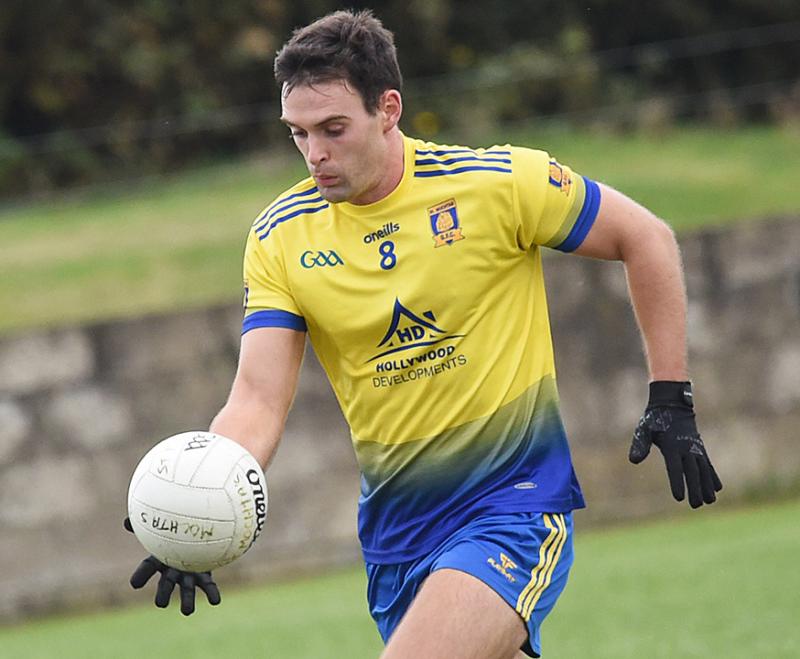 St Mochtas will contest the Paddy Sheelan Cup Final for the second successive season after overcoming the challenge of Mattock Rangers in the semi-final at Louth Village on Saturday evening.

The fine weather conditions were reflected in a lively and free-flowing encounter that saw the hosts come out on top to book a meeting with Newtown Blues in the decider.

There was little to choose between the teams through the game but the decisive moment arrived just before the break when Jamie Farrell’s goal gave the Mochtas a six point interval lead. Despite the best efforts of Mattock in the second half they were unable to bridge the gap.

The visitors got off to a good start and had the first goal of the game through Cathal Fleming although the Mochtas hit back with a goal from a Declan Byrne penalty.

Byrne’s points extended the gap only for an Alan Caraher goal to keep Rangers in contention. However, Farrell had the final say of the half to put his side in command.

Mattock did their best to respond in the second half but the Mochtas always managed to keep them at arm’s length and they picked off their points to ensure they made it through to the decider.

Newtown Blues booked a meeting with St Mochtas in the final of the Paddy Sheelan Cup when they came through their semi-final with the Dreadnots on Saturday night.

The Newfoundwell side turned in a dominant second half performance to deny the Dreadnots after the sides had finished the first half on level terms.

Robert Carr was the man in form for the winners as he landed eight points on the night to ensure his side remain on course to land the title.

The opening period saw the teams evenly matched with the Blues displaying their eye for a score as they landed seven points. However, the Dreadnots kept in touch and Peter Kirwan’s goal from a penalty ensured the teams were level at 1-4 to 0-7 at half time.

The second half proved to more of a one-sided affair as the Blues moved up a gear and with Carr leading the way they went on to win by eight points.