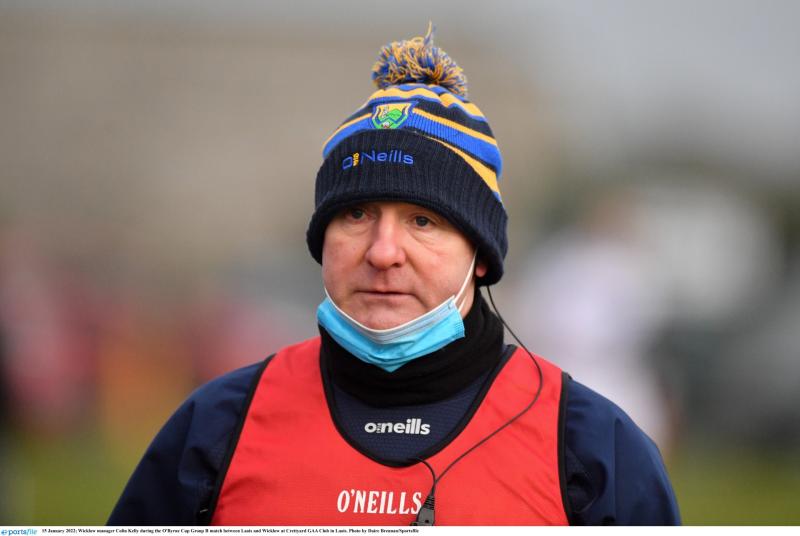 The former Louth senior manager had only been in the job with Wicklow for a couple of months but has now resigned. (Pic: Sportsfile)

When the fixtures list was announced for the Allianz league late last year, there was one tie that was sure to get Louth Football fans excited. On the last day of the season, The Wee County would make the trip south of the province to face Wicklow.

Not usually a marquee tie, but this is different. This time the Garden County were to be managed by a man that knows everything there is to know about football in Louth. Former Louth manager and inter county star Colin Kelly.

However while that tie will still be significant, be it in the race for promotion as looks to the case now or consolidating the Men in Red's place in Division Three, it will now longer involve the Drogheda native.

Last night it was announced by Wicklow GAA that the Newtown Blues clubman had stepped down from his role as manager.

"This evening, Colin Kelly has stepped down from his role as Wicklow Senior Football Manager due to a change in work commitments" said a statement on the county's website.

"Wicklow GAA Management Committee would like to thank Colin for his dedication and hard work since taking up the role and wish him the very best in the future."

Kelly had only been in charge for four league games this season, with a winless run seeing them currently fill the bottom spot in Division Three leaving them perilously close to relegation. He did register one win as manager over Wexford during the O'Byrne Cup.

In his time with Louth he managed to bring the county back up to Division Two courtesy of back to back promotions, before stepping down from the role after a disappointing Qualifier loss to Longford back in 2017.

He also had a stint in charge of Westmeath in 2018 which lasted one season, citing a long commute as a major factor in his decision to step down.