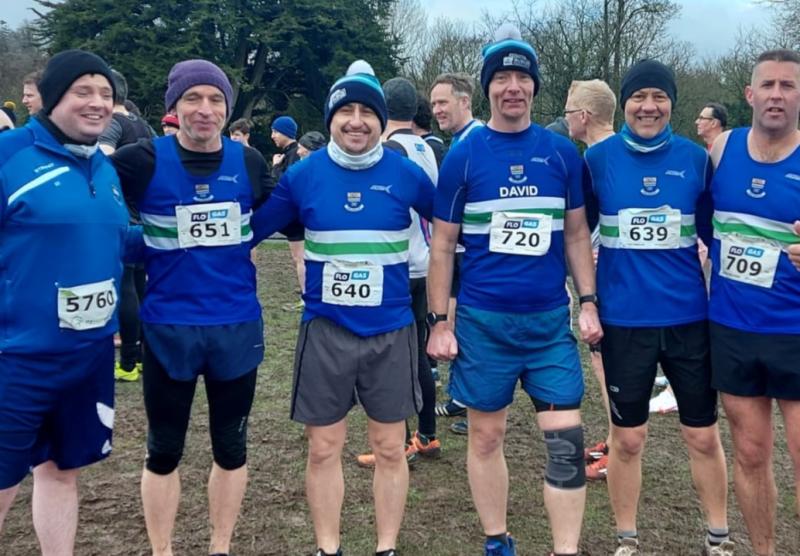 The last cross-country event of the season, the long awaited Rás na hÉireann, was by far the toughest race so far as it went ahead in the wettest, coldest and muddiest of days.

The day began for Ardee with their Juveniles taking to the course and up first was newcomer Elise Dardis. What an achievement for this young lady, who came 13th in a field of 31 U9 girls in the 500m.

She was quickly followed by our U9 boys Gerard Thornton, Charlie Malone, Louis Quinn Finegan and Patrick Callan all running up an age to finish 5th as a team.

The ground began to get muddier and slippery as our U13s took to the 1500m course with a super effort from Alicia Lane, Lily Maguire, Sarah Callaghan and Aoibhe Reid who finished 7th as a team in a huge field. Equally giving their all in the U13 boys race were Daniel Cirdei, TomJoe McCormack and Max O’Sullivan.

Just as the weather took a turn for the worst the U15 girls took to the 2500m course, just missing out on a team medal coming 4th. Well done to Molly Keenan, Aoife Pentony, Emma Boyle and Charlotte O’Shea who were soon followed by the equally determined Liam McGahon in a very fast U15 boys' race.

Finishing the day for the Ardee Juveniles were Charlie Sands and Jack McCarron in the U17 3000m. Both of these young men held their ground to finish impressively in the top 10, with Jack coming 9th and Charlie taking home a 6th place medal.

Now it was the turn of the club’s adults and representing Ardee in the Ladies 4000m were Yvonne Callan, Bernie Balfe, Martha Maksimowicz, Bernie O’Mahony, Ashling O’Malley, Amanda McElroy and Regina MeElroy.

Running cross country was a first experience for Martha, Bernie O, Ashling, Amanda and Regina and what a day to give it a go.  They produced a fine team performance to grab Super 3rd place finish medal.

Yvonne, Bernie B, Martha and Bernie O all won three fantastic individual medals; 3rd place for Bernie B in the O40s, 2nd place for Yvonne in the O45s and an impressive 3rd place for ‘new to cross country’ Bernie O in the o50s.

The men of the club, giving their all finished the day running 6000m as the wind picked up and the temperatures dropped. Well done to Tony Finegan, Danny Cirdei, Peter Carolan, Ronan O’Sullivan, Gerard Clinton, Leo Farrell and David Tyhuis. Tony performed the best with a gutsy 2nd place finish.