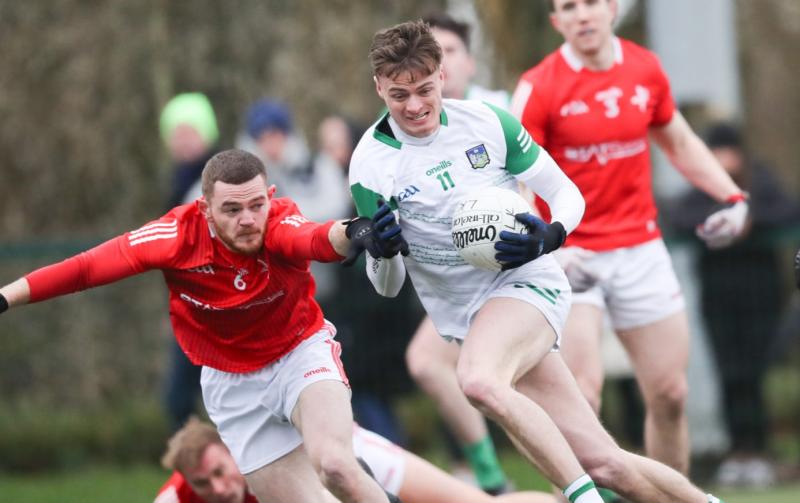 Louth are up and running in the National League as they came from behind to seal a memorable win away to then table toppers Limerick whose two game winning streak comes to an end at the hands of the Wee County.

In a game starting half an hour late after being rearranged at short notice from the sodden TUS Gaelic Grounds to the University of Limerick's North Campus, seven unanswered points in the closing 15 minutes delivered Louth's first NFL win victory of the season on a 1-14 to 1-12 scoreline.

Piling on the pressure right from the throw-in of a game dominated by a gale and by intense bursts of hail, Limerick looked to have their third win out of three sewn up when they moved into a seven point lead despite trailing for most of the first half.

But the game turned on its head as the subs piled in and a savage burst of hail descended to pin Limerick back into their own half for the remainder of a topsy-turvy game.

Mickey Harte's troops got the perfect start when the outstanding Conor Grimes bullocked his way through the Limerick defence and laid off to Liam Jackson for a 2nd minute goal and they kept their margin through most of the first half.

However, coming up to the break, the home team, who had a slight advantage from the gale blowing across the field found the composure to work their way through the high Louth line and found four scores without reply to sent them into the break leading 0-8 to 1-4.

Limerick's form continued on the restart, striking back after two quick Louth points. When Hugh Bourke raced onto a long Josh Ryan delivery and dribbled past the advancing James Califf to tap to the net, they then followed that up with another three scores to lead by five, thus looking home and dry.

However, Louth pulled back two as the subs piled in, and took over completely when a savage flurry of hail arrived. Pinning Limerick back into their own half, they forced the frees from Sam Mulroy to draw them closer before Ciarán Downey gave them the lead two minutes into added time.

They will look to back this win up next weekend when Westmeath head to Pairc Mhuire, Ardee on Sunday (Throw in 2PM).

Inside Track: Soccer could be coming back to Croker in six years’ time