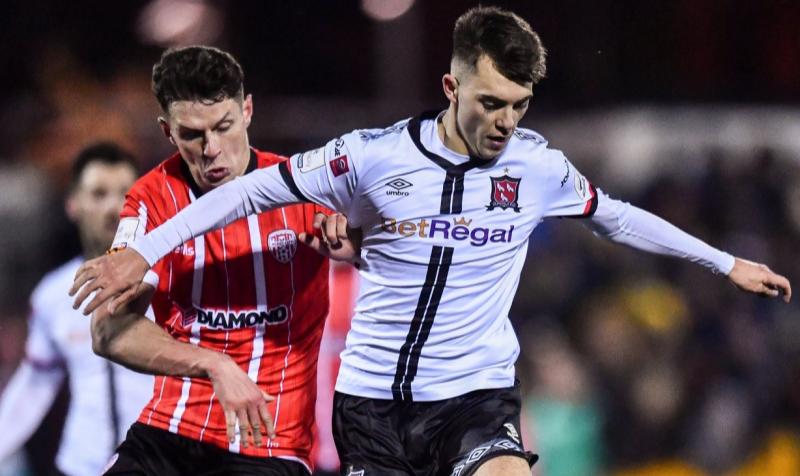 Oriel Park witnessed what was a thrilling opening night of the SSE Airtricity League season tonight – with Dundalk FC and Derry City playing out an entertaining 2-2 draw.

Dundalk twice took the lead in either half through Steven Bradley and Mark Connolly, whose debut goals were cancelled out by Joe Thomson and Jamie McGonigle for Derry.

It was a lively opening at Oriel, with the home crowd generating a rapturous atmosphere, but it was the visiting side that fashioned the first chance of the night when Brandon Kavanagh’s low shot across goal was hacked off the line at the last minute by Connolly.

Dundalk’s first chance came when Sam Bone’s low drive was tipped around the post by Brian Maher, while at the other end, Nathan Shepperd had to save well from Kavanagh.

The Lilywhites started to up the ante after that and defender Bone, in acres of space, saw another long-range attempt excellently saved by Derry’s new goalkeeper – not long before Connolly flashed a header wide after getting on the end of a Joe Adams corner.

Oriel erupted on 32 minutes when Bradley, after collecting a neat pass from Dan Williams, showed great skill to cut inside on the left before curling into the far corner.

Most of the home crowd thought they had doubled their lead minutes later when Bone rifled his third attempt of the night which sailed a mere inches wide of the target.

However, Derry equalised five minutes before the break when Thomson tapped in from close range after being played in by McGonigle, who did brilliantly out on the right.

Dundalk almost restored their one-goal advantage immediately after the restart when Williams – on loan from Swansea City – had an effort from distance kept out by Maher.

The next chance of the night didn’t come until 20 minutes from time when Bradley played in Hoban, but he was denied by yet another good save from the Derry stopper.

The Lilywhites did make it 2-1 on 73 minutes, however, when the returning Robbie Benson floated a corner from the right which was somehow bundled home by Connolly.

That lead only lasted five minutes, though, with James Akintunde getting away from Greg Sloggett on the left before setting up McGonigle, who finished well with his head.

In what was a frantic finish, McGonigle hit the crossbar twice in quick succession, as both teams had to settle for a share of the spoils on the opening night of the season. 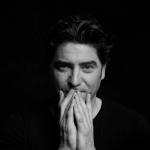 CONFIRMED: Face masks will no longer be mandatory in shops, schools or public transport