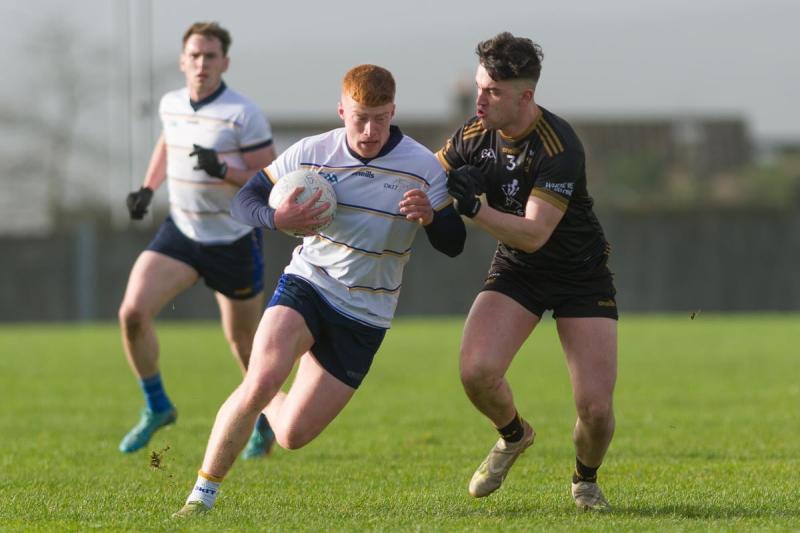 The annual Trench Cup Final, the second tier football competition for third level colleges or universities was due to take place tomorrow afternoon in Carlow IT with DKIT taking on GMIT.

However, The Democrat now understands that the Dundalk college will now award the Westerners a walkover, having failed to come to an agreement over a possible replay.

If the tie was to go ahead, Oisin McConville's troops would be without a number of high profile names due to their being a round of National League games also fixed for this weekend. Those involved would not be released to compete or expected by the management to play three games in four days.

Usually the finals and often the semi-finals, held alongside the Sigerson Cup, would be hosted on a weekend that there was no inter county football. This gave the events their own place in the calendar and made sure there the best players if fit were always available to play.

This year many of the finals are being sandwiched in together, the Sigerson Cup and Fitzgibbon Cup, the hurling equivalent, played over the space of four days this week. But it is still a week with no inter county hurling, thus allowing the hurling to run the final unopposed.

The sides both played their semi finals just yesterday, GMIT overcoming TUS Midlands in Mayo by 2-13 to 1-10, while Dundalk defeated TUS Midwest away in Limerick by 0-8 to 0-7.

DKIT had tried to get the game re-fixed for next Wednesday, but sadly this request to the HEA was denied. They were going in search of a third title, having last lifted the trophy back in 2017. They last contested the final in 2019.