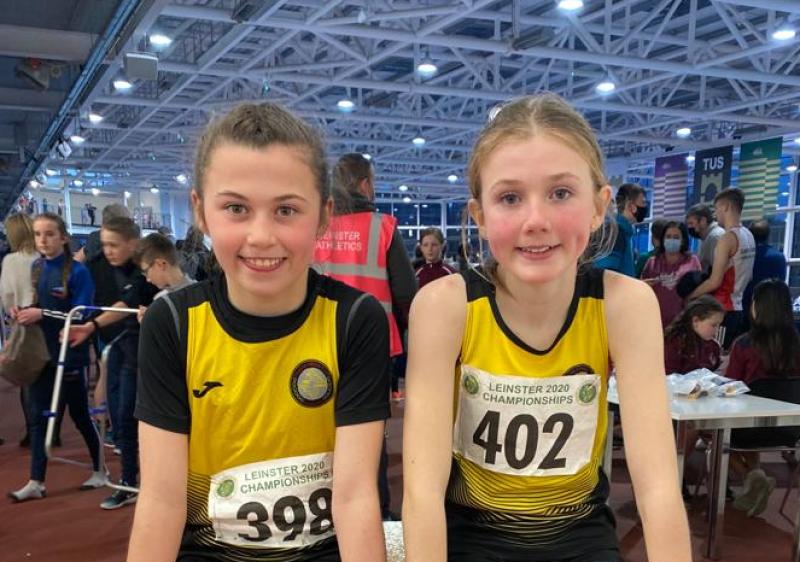 Dunleer AC had three athletes in action at the Leinster Indoors in Athlone with Seán Connaughton producing a well-controlled 1500m to take the under 19 title comfortably in 4:21.

This was a great start to the season for Seán and augurs well for continued success and progression for this young man, who has been racking up the titles and medals at County, Provincial and National level.

The club had a sizzling two hours on Sunday afternoon with medals and super performances coming one after the other at the Leinster Indoor Championships.

Conn Bonar had a flawless outing over the 60m hurdles in the under 17 race to claim his second silver of the weekend with 7:09. Dearbhla Leavy had an outstanding run in the 600m under 12 with a silver medal performance in 1:53.

Dáire Mathews did likewise in the under 15 with 2:14 and enjoyed a fabulous silver medal run. To cap it all Cliodhna Reilly earned herself a Leinster bronze under 13 running 1:47 in the 600m race before Grace Mc Evoy finished 3rd in the under 12 girls 600m.

Inside Track: There’s a new flag flying at Celtic’s Parkhead