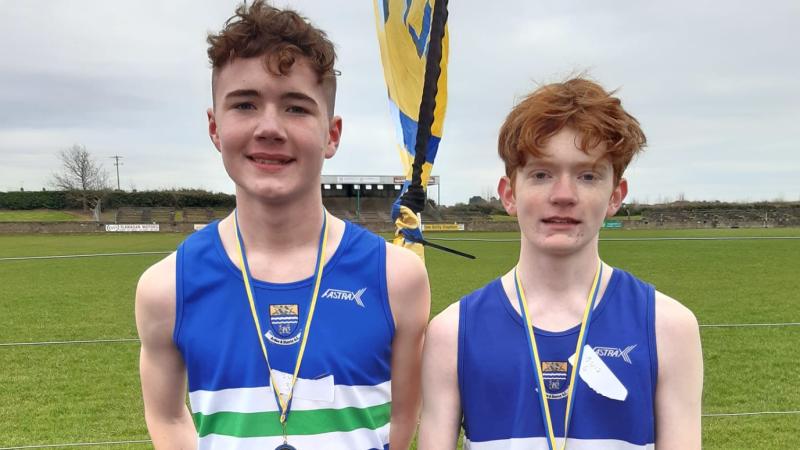 21 of our Juveniles thoroughly enjoyed the friendly and relaxed atmosphere of Blackrock AC's Cross- Country event.  It was super organised as always with the new starting positions and finish proving very popular.

Up first for the club was Gerard Thornton in the U9s 500m. Gerard was Ardee’s youngest competitor in Haggardstown and running up an age he gave his all.

Running next for the club were Tess Maguire, Evelyn Thornton, Evie Corcoran (all running up an age), Rhona Keenan, Molly Clinton, Sophia McKenny and Lexie McKenny in the Girls U11 1000m.

With grit and determination all the girls ran their best to finish with a 1st place team medal for Rhona, Sophia and Tess and a 6th place individual medal for Rhona.

Following the girls were newcomer Daire Halpenny, Charlie Butler, Sean Boyle, Frank Sands (all running up an age) and Sean McCormack competing in the Boys U11 1000m.

The boys fought life hard in this huge field of competitors, just missing out on a team medal and Frank on a 6th place medal right at the end.

The 1500m races quickly began with Lily Maguire and Alicia Lane competing up an age in the Girls U13s and Tom Joe McCormack and Daniel Cirdei in the Boys race.  It was fast running for both 1500m races and amazing success for newcomer Alicia who took home a 4th place medal.

The day was drawing to a close with five club runners left to go and competing in the 2000m U15 races were Molly Keenan, Emma Boyle and Liam McMahon.

Running up an age Emma persisted, determined to the end and Molly finished strongly in 8th position with Liam pushing hard to take home a 6th place medal. A fantastic achievement for Liam, another newcomer to competition and running up an age.

Finishing the day for Ardee were Charlie Sands (running up an age) and Jack McCarron in the combined U17 & U19 2,500m.

Jack and Charlie held a strong 6th and 8th position respectively amongst this combined group until the final 200m. Charlie sprinted forward to finish 5th overall and Jack 8th and wonderfully both boys came away with 3rd and 6th place U17 medals.

Carlingford all set for Féile na Tána this February