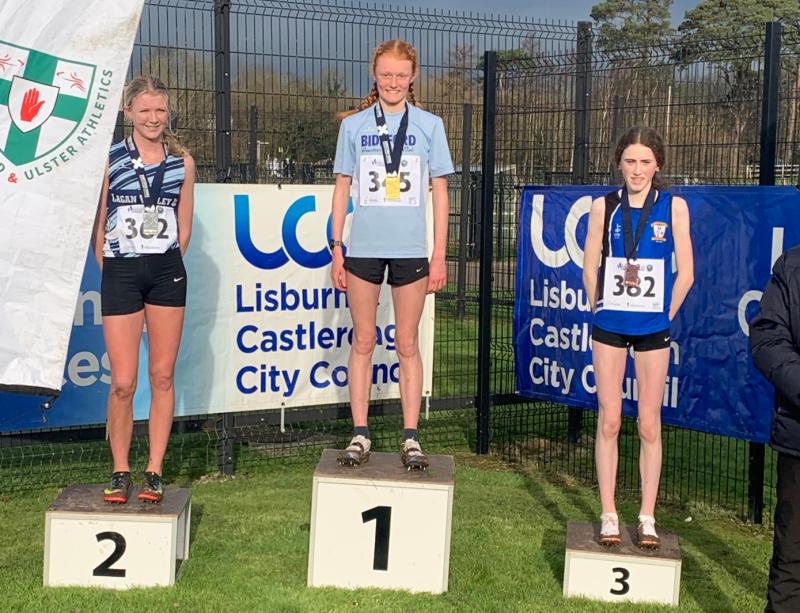 The 2022 season kicked off for St Peter’s as Dearbhla Allen travelled to the Billy Neil Country Park Dundonald Belfast, where the Northern Ireland international Cross-Country meeting was taking place.

Dearbhla ran in the girls U15 race which included athletes from across the water, the standard of the race was exceptionally high over what was a very tough 3000M Course.

The young runner was part of a breakaway group consisting of five athletes, the eventual winner from Bideford AC in England pulled away from the four leaving the remaining three to battle out for the remaining podium places.

Allen was in fourth heading into the home straight but dug deep and somehow found the energy to move into third place and take the bronze medal.

One day later a small group of St Peters Athletes made the short journey to the Geraldines GAA club for the Annual Blackrock AC Cross Country event which made a much-welcomed return.

Ross Hillen had a great run in his first outing since last year’s National Championships with a second-place finish in the boys U13 race, Cian Smyth also had a strong run in the same race. Niamh Allen had a good run in the girls U13 race finishing very strongly.

Sean Reilly and Mark Litchfield both made their return from injury when they took part in the combined U17 and U19 races with Mark pocketing the U19 silver medal in the process.

The standout performer for St Peters was once again Dearbhla Allen who dusted off her spikes from the previous day and completely blew away her competition in the combined Girls U17 & U19 race to take the U17 gold by a considerable distance.

The club also had two athletes compete as guests at the National indoor league at Athlone IT. Rory McLoughlin moved out of his comfort zone of the 800M distance when he ran in the 1500M race which was his first time running this distance indoors, finishing in a time of 4.21.

Cian Gorham had his first 800M race of 2022 finishing a respectable season opener of 1.59. Training resumes on Tuesday and Thursday at 6.30 at St Joseph’s GAA club and new members are welcome.