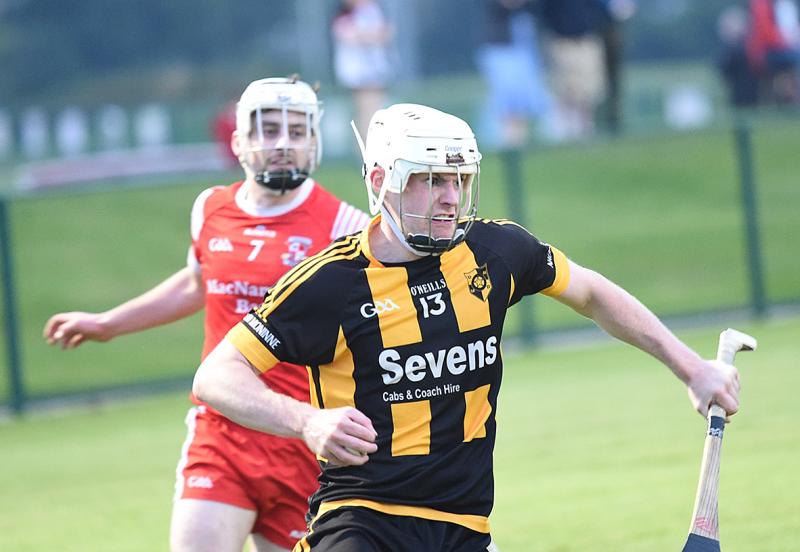 On the grand scheme of things, looking from the outside hurling in Louth may look to be in a pretty good place as we head into Christmas 2021.

Under the guidance of Paul McCormack, the county side earned promotion from Division 3B and were just narrowly bested in their efforts to retain the Lory Meagher Cup when defeated by Cavan in Breffni Park.

Meanwhile in the club scene, after losing four county Finals in a row St Fechins recorded their third title earlier this year and then duly put up a brave fight against Westmeath champions Oliver Plunketts. Results seemingly pointing that the Wee County was making progress with the small ball.

However dig a little deeper and things are not as rosy as they may seem, as was revealed in a passionate speech by hurling Board County Secretary Maurice Murphy at last week’s County Convention.

While around 500 games of football were organised at the various grades of juvenile football in the county, the Naomh Moninne clubman revealed that they had organised just 16 full games throughout the year as very few clubs were fielding teams at all underage levels.

Four clubs take part at U13, four at U15 and just three at U17 level, which should have led to at least 33 games between league and championship. Sadly most of these underage fixtures never took place.

Currently most hurling games are played on Tuesday and Thursday nights as a way of allowing the sport to grow without clashing with football competitions, but in Murphy’s eyes this is not working and a lack of support for the sport has left him questioning his role as secretary.

He believes fresh ideas might be needed to reignite the flame of hurling in Louth, speaking about how “something new” was needed to keep the sport alive in the county.

Another major issue pointed out was a significant lack of hurling referees that were available to him when trying to get games organised. Week after week calls needed to be put out to neighbouring counties in Armagh and Monaghan at a significant cost to Louth GAA.

Murphy noted he would need to be “ringing around every week” to try and disperse the small panel of referees at his disposal and wanted to thank them for their trojan work, but noted he “could not survive” without the services of outside refs.

The issue is one that “continues every year” but has yet to be solved. Despite bringing it up in June via email to all Hurling clubs that they needed new names to come forward, not one reply on the matter what received. This despite the fact 11 new referees coming forward in football.

It wasn’t all doom and gloom with the news that St Josephs now planned to implement teams at the underage grades of U7 and U9 and possibly U11. Overall, it this these young age groups that Murphy sees some shoots of light for hurling.

While the older ages have been tough to organise, he noted that blitzes for U7, U9 and U11 were the “one pleasing aspect” from club hurling this year while exclaiming that the smiles on their young faces showed that they were “really loving their hurling”.

Yet with two outstanding finals going into next year, Murphy spoke about the current plight of the sport showed that Louth really were “a football county”.

Responding to the Hurling Secretary’s passionate convention report, Louth County Chairman Peter Fitzpatrick reiterated that under his leadership Louth was definitely a “football and hurling county”.

He felt over the last number of years they had shown their support through the success of the Senior team under Paul McCormack as well as by getting behind development squads as they do their “upmost” to help hurling thrive in Louth.

Speaking about this year’s county final, Fitzpatrick said he was happy to see four teams competing, while noting how great it was to see such a big crowd at what in his eyes one of the best championship finals he had seen in a long time.