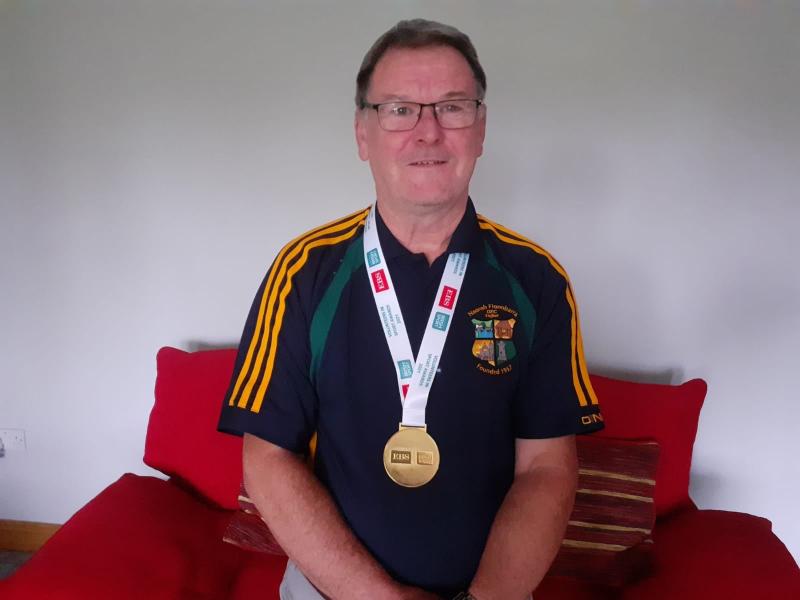 The Awards celebrate the contributions of the band of volunteers across the country who give their time to Irish sport and physical activity every year.

This equates to approximately 37.3 million hours of volunteering across Ireland’s 13,000 registered sports clubs and associations and, according to Sport Ireland's 2021 'Researching the Value of Sport in Ireland' report, is worth an estimated €1.5bn to the exchequer.

Peter has been dedicated to Naomh Fionnbarra and St. Anne’s GFG for more than 50 years. He is a passionate groundman and committee member who has always ensured that facilities are open when necessary and in good time.

He has been responsible for making sure that pitches are lined, that the grass is kept in excellent playing condition, that goal nets are installed, and flags are lined out for all games that take place involving the club.

Peter ensures that the club has the best facilities possible and his dedication to the club ensures that children from nursery right through to minor grades and adults have a welcoming facility to call their own.

Throughout September and October members of the public, sports clubs and governing bodies were invited to nominate an individual whose contribution to sport and physical activity in Ireland has made a real difference to their community, club or county.

The nominations and award recipients were selected by a judging panel consisting of 12 individuals drawn from sports administration, the volunteer community and media, and included former Director General of the GAA, Paraic Duffy, RTÉ broadcaster, Marie Crowe and CEO of Gaisce, Yvonne McKenna.

“Peter has represented the club as a player, selector and vice chairmen” stated the Naomh Fionnbarra club when announcing his success at the awards. “No job around the club is too big or too small.

“He is extremely deserving of this award for all of his hard work around the club over the years and since the award was announced this week, the amount of congratulations and support that Peter has received shows the great respect with which he is held within the community.”

Inside Track: Kearney’s retirement a reminder of a great try