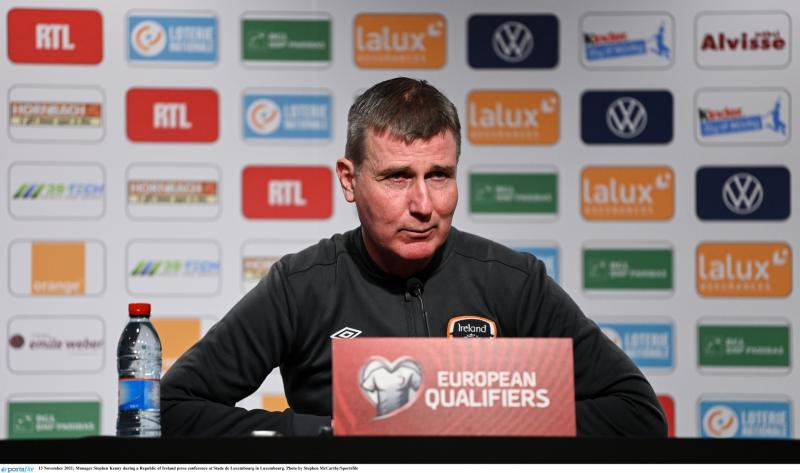 There were plenty about to hand out advice as Stephen Kenny steered a difficult course in the first part of his stint as Republic of Ireland team manager.

Goals, never mind wins, were hard to come by, and aside from telling Kenny how his team should play, there were some who felt the former Dundalk manager wasn’t up to the job. Among the latter were recent-year internationals who have taken to the pen, writing newspaper columns and filling the role of pundits.

If Kenny cared about what was being written or said about him, it’s almost certain the criticism he sustained from former footballers, some of whom didn’t exactly star when they tried their hand at management, would have hurt the most.

That Kenny is today in a much better position after a bright finish to the World Cup qualifiers speaks volumes for his resilience, belief in the plan he had drawn up, and, most especially, the football he wanted his team to play.

There are now a number of new kids on the block – one of whom, goalie Gavin Bazunu, is surely commanding the attention of the Premier League’s big clubs – while the long-servers, Shane Duffy chief among them, are enjoying a new lease of life.

Support for the football the team is playing is growing, even among those who were previously skeptical, and given that The Aviva was filled to capacity for the match with Portugal, followers are certainly not losing faith.

One of the more plausible suggestions coming from the wings while Ireland were struggling was that Duffy should be switched from defence to the forwards. Up around the goals his aerial prowess could not only cause the opposition problems, but he might put his name on a few scores.

You could see him as a real swashbuckler, throwing his weight about – in a legitimate manner, of course – doing the kind of job the great John Charles did way back for Leeds, Juventus and Wales. Charles, regarded as one Wales’s greatest ever, often swapped the No 5 and 9 jerseys, but was probably best known for his attacking role.

Well, Derry-born Duffy didn’t get a new role – he was more needed in the heart of defence, especially after recapturing the form that had deserted him in his most unproductive stay with Celtic.

But he did get on the scoresheet and is, in fact, top marksman in the current panel with seven goals. He can continue making a nuisance of himself around goals when there’s a corner coming in.

Speculation continues on Kenny’s future as manager. Packie Bonner was interviewed recently and because he didn’t give Kenny the thumbs-up, the former goalkeeper is being perceived as not being on the manager’s side.

But as an FAI member, maybe even one of those who’ll be making the decision on whether or not Kenny is to be retained after his contract ends next summer, it wouldn’t have been appropriate for Bonner to have given an opinion one way or another.

The guess is that a decision will be made long before the summer, and the forecast is, it will be favourable to Kenny.