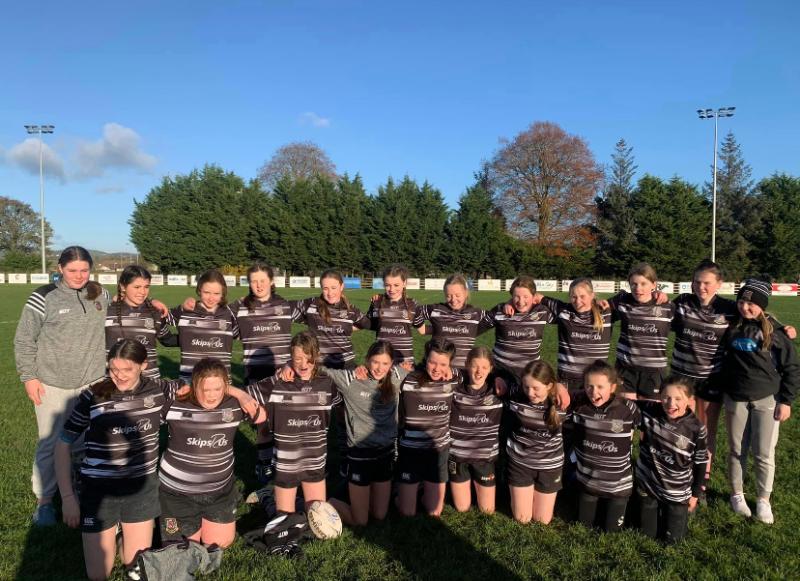 The Dundalk RFC Girls have put female rugby firmly on the map for The Mill Road Club As Their U14 and U18 sides booked their places in the Leinster Plate Final, making it a double header on Saturday the 18th of December for both teams.

The U14 Girls will pit themselves against Arklow RFC in their Plate Final, while the U18's face into a feisty North East duel with Meath rivals Navan RFC.

The U14's earned their place following a thrilling contest with Enniscorthy where they ran out 26-10 winners. It has been a great competition for these stars of the future, who have made a habit of racking up a high score on their way to the final, bagging 55 and 43 points respectively as they put Clontarf and Tullamore to the sword in earlier rounds.

The U18 Girls were due to take on Tullamore in their Semi-final last weekend but that tie was conceded by the Offaly club, creating the Louth-Meath matchup for the final. They too had a great run this season, defeating Naas 50-29 and Clontarf 36-12.

The Final will be of particular interest to Aoife Purcell, Sophia Murdock, Lila O’Molloy, Jennifer McElroy and Sophie Woulfe as they get the chance to face off against many of their teammates on the Leinster Northeast team they worked so hard to make earlier this season.