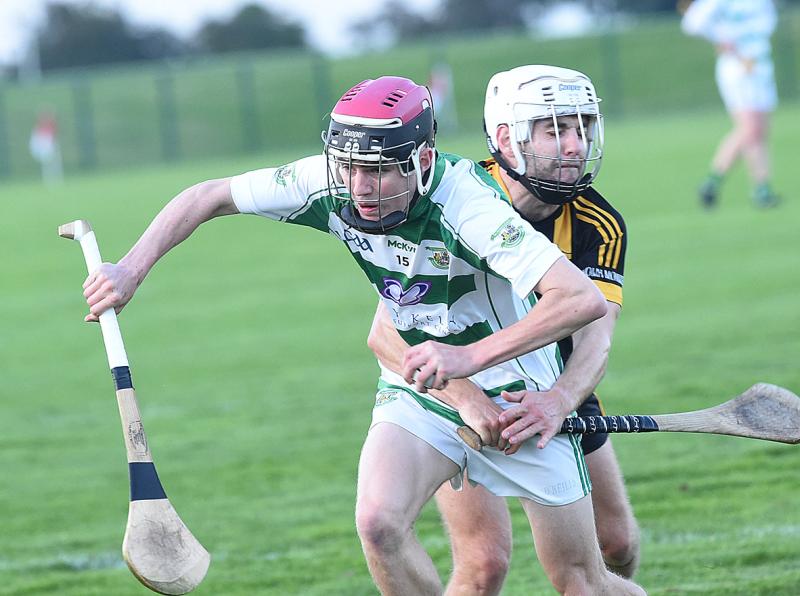 County champions St Fechins were just minutes away from a notable result and the second round of the Provincial competition before visitors and Westmeath Intermediate champions Oliver Plunketts struck with two late injury time frees breaking the hearts of the Louth club's supporters in the process.

The Termonfeckin outfit were returning to Dowdallshill, the scene of their Championship victory over Knockbridge in September for this first round clash in the Leinster Club Junior Hurling Championship.

The Mullingar based side opened the scoring early on when goalkeeper Conor Bracken fired over a 65-metre free. St Fechins top scorer Paddy Lynch, ever reliable from placed balls, replied with his sides opening point from a free.

The Plunketts then grabbed 1-3 without reply in a three-minute spell of dominance with the goal being well taken by Matthew Cunningham from 20 metres out.

The men in green and gold responded with another brace of Lynch pointed frees before full forward Seaghan Conneely scrambled the sliotar into the net from close range on 14 minutes. Game well and truly back on.

A point from goal scorer Cunningham from the left wing had the Midlanders two in front, 1-5 to 1-3 at the first water break. Mattie Rice's side tied up matters on 19 minutes with points from Sean Kerrisk and Lynch before Damien Kiernan fired over from the right wing to restore the visitors lead.

After Lynch had tied up matters again from another free, the Fechins went in front for the first time on 26 minutes when Donal Ryan fired over a good point. The sides exchanged the next two points before a good score from play from Sean Kelly levelled up things again as half time approached.

Paddy Lynch's first point from play had his side in front, but in the last action of the half Ciaran Curley soloed through before firing to the roof of the net to leave the Plunketts in front at the break by 2-8 to 1-9.

Lynch and David Gavin exchanged early points on the resumption, yet the Fechins took charge in this third quarter with four unanswered scores. Firstly, Sean Hodgins fired over confidently from the right of the post followed by a good brace from impressive full forward Seaghan Conneely.

After the referee had initially awarded a free out to the Plunketts defence, a consultation with his umpires saw him overturn his original decision and award a penalty to the Fechins and he duly booked their keeper Conor Bracken.

Lynch fired over the penalty over the bar to leave his side in front at the second water break by 1-14 to 2-9. The Fechins went three up on 49 minutes with a good point from the left wing from Sean Kerrisk.

Keeper Bracken came out again to respond with a quick brace of long range frees to leave one between them. Both sides wasted good opportunities to add to their tallies and in particularly Paddy Lynch was wide of the target from three scoreable frees which his side would certainly regret.

The Mullingar men took advantage and drew level in added time with a point from the right wing from Matthew Cunningham.

It looked like they had won it when David Gavin struck over a 20 metre free, but the referee let play continue and after a foul was committed on Peter Fortune, the Fechins appeared to send the game to extra time when Lynch took his personal tally to nine points.

However, the Midlanders full forward Ross Coroon won it for his side with a point from a tight angle and keeper Bracken sealed the victory with a free six minutes into added time to book a date with Kilkenny champions Mooncoin in the next round.