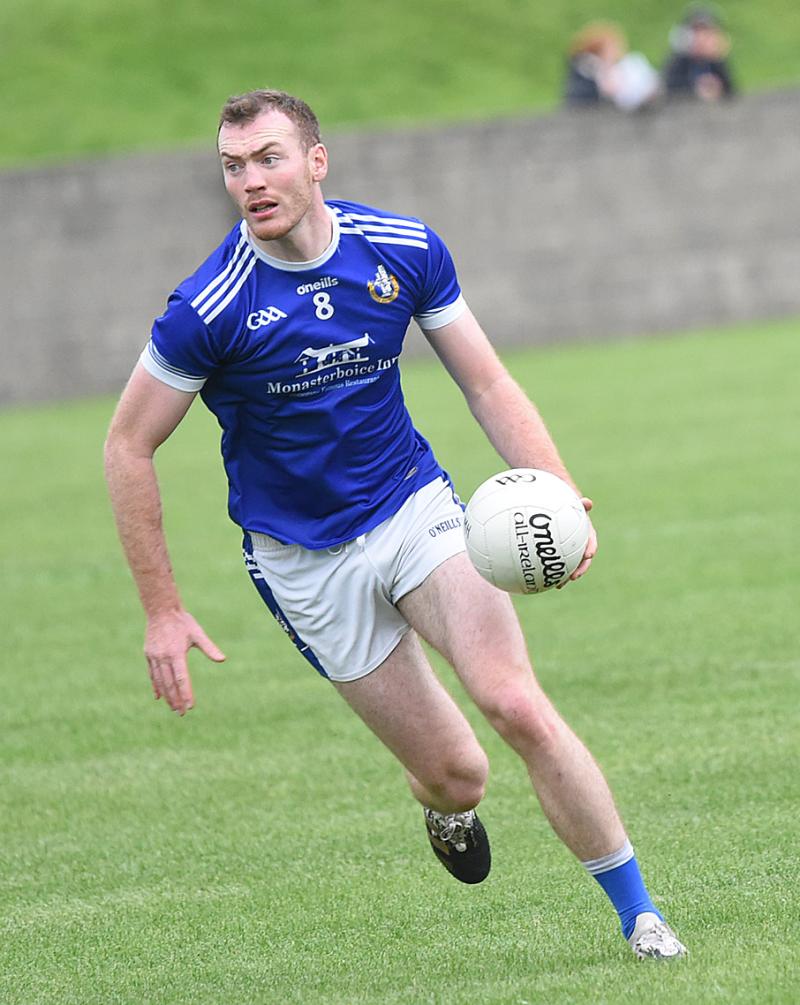 "Relief as well as joy" was the flood of mixed emotions that met victorious Naomh Mairtin midfielder Wayne Campbell when Fr Derek Ryan blew the full-time whistle in the Senior Final.

“You are building your whole year around that moment and I suppose every senior club goes out to play for this day at the start of the year and I just thank god. I've been here a few times and it is just good to get that joy and relief when hearing the whistle.”

Campbell missed out on last year’s success as he was studying in England and the restrictions on travelling within the bounds of Covid meant he couldn’t be involved. The big midfielder more than made up for it on Sunday, but for him it is all about the collective.

“I suppose it was tough,” he reflects. “It was tough to miss out last year with COVID and the restrictions, but credit to the lads last year who plugged away and then the same again today. It is all about the team, it's a team game.

“The work-rate you could see on the pitch today was immense and there's no individual performances, it’s all about the team and that’s the mantra we do and try to bring.”

Having played in two losing finals at the start of their fourth showpiece in succession, Campbell managed his emotions to shine thanks to the team’s ethos again.

“I think that is down to the team as well again. Just looking at our own, not trying to get ahead of ourselves, not trying to play the occasion as much as we would have done before, probably just focusing on 'the next ball' and that's what it was. Play for that 70 plus minutes and keep going again.”

Campbell’s two points in that key quarter before half time went a long way in securing one hand at least on the Joe Ward Cup.

“I think the first one was a bit of a fluke. I snatched at it but look it is always nice to get a couple of points, but then it is coming from the lads setting it up. No individuals again, it’s all about the boys setting the chances up and creating that space.

“Look it is nice to get points but we had so many scores available to us and so many lads just always wanting the ball which is great to have. Hopefully that keeps going.”