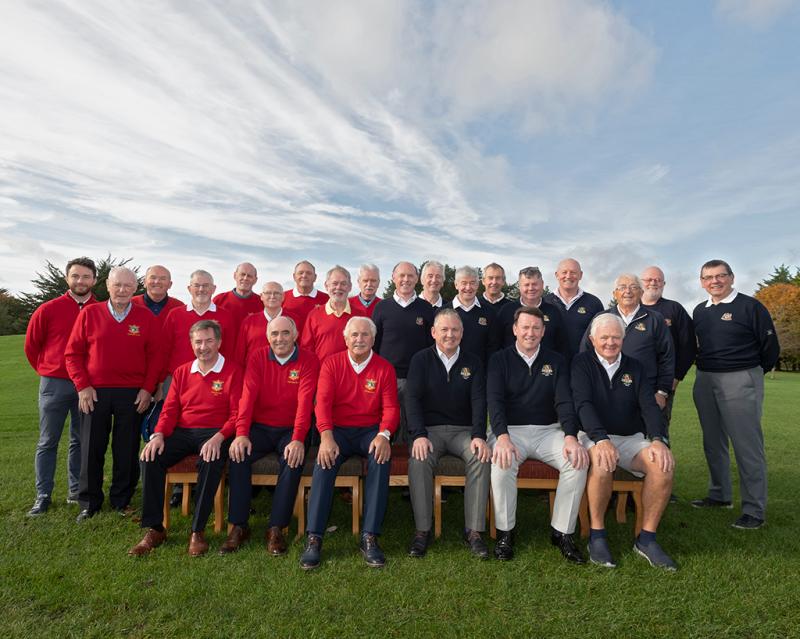 Patrick Reilly won the weekend singles stableford competition that was held over the Saturday and Sunday of the October Bank Holiday weekend. Playing off 24, he had two points to spare over Chris Connolly (15) who edged out Dessie Ward (17) on countback for second place overall.

Reilly flew out of the traps and covered the front nine in 23pts with the highlight being a four-point birdie two on the ninth. He also had three-point returns on the third, fifth, seventh and eighth with the only blemish being a one-point return for a double bogey on the sixth.

At that stage Reilly was in pole position but he then failed to pick up a point from the 10th and 12th. However, three points from both the 11th and 13th meant he had covered the opening four holes of the back nine in six points.

And after a two-point bogey at the 14th, he collected three points from each of the next three holes to reach 40pts with one hole to go. A two-point bogey on the last meant he covered the back nine in 19 points and carded 42pts overall.

Connolly, who had won the weekend before, had a solid 18pts on the opening nine, before shooting 22pts on the back nine which included six pars and three bogeys and he edged out Dessie Ward by two points for second place.

The Captain's Dinner will take place on Friday 19 November with numbers on the night limited. Members must book their place by contacting the Restaurant on 042-9322218.

There was a great turnout for the 2021 Adult and Child competition sponsored by Club Professional Leslie Walker which was played on Bank Holiday Monday in excellent conditions.

Forty-two pairings featuring children of all ages teed it up and the winners were presented with their prizes at a special presentation ceremony in the Clubhouse which was attended by the Captain, Lady Captain and Club President.

This year’s ladies winter league is being played over fourteen holes, with a 9-hole competition also taking place on the Tuesday. The first of the six weeks produced some impressive scoring.