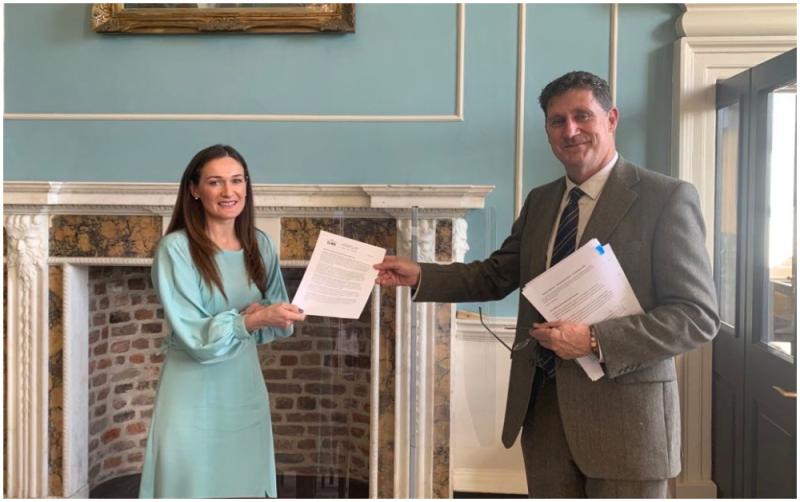 A Louth Senator has called on the Minister for Transport to ensure that public transport is accessible for everyone, following reports of some public transport providers failing to accommodate disabled passengers.

Fianna Fáil Senator for Louth, Erin McGreehan, called on Transport Minister Eamon Ryan to ensure that all public transport providers is accessible for people with disabilities.

Senator McGreehan was speaking in the Seanad, where she mentioned that a Louth man was prevented from travelling to Wales to see a relative as the 100X service from Dundalk to the airport was not accessible, despite the man flagging it two weeks in advance to Bus Éireann.

"The infrastructure on public transport does not fully enable the freedom of movement on all modes of transport. This is not only about access, it is about having to give notice," said Senator McGreehan.

"It is about singling people out to be different, making them do things differently to those of us who are able-bodied. Therefore, it is not about choice but about planning ahead for a smooth journey to become a reality."

"For some disabled people, transport is inaccessible for small and simple reasons such as human error, lengthy pre-booking requirements, inaccessible routes and because the built environment does not link with the transport service, that is, the bus does not connect with the pavement.”

In response, Minister Ryan said that the Department of Transport are actively working on ensuring public transport is accessible for people with disabilities, including in rural areas, by upgrading infrastructure and services.

According to Minister Ryan, the next accessibility work programme update will be published in November.

"Accessibility is not about equality. We are all equal and we all should have equal access. Accessibility is about equity. We need to build equity within the infrastructure and create a fairer society.

"Citizens with disabilities deserve every single right and deserve not to have barriers put in front of them. Almost 15% of the population has some sort of a disability and, therefore, are a huge cohort of our friends and community," finished Senator McGreehan.