Inside Track: Eglish ousted in the tightest of finishes at Dundalk Stadium 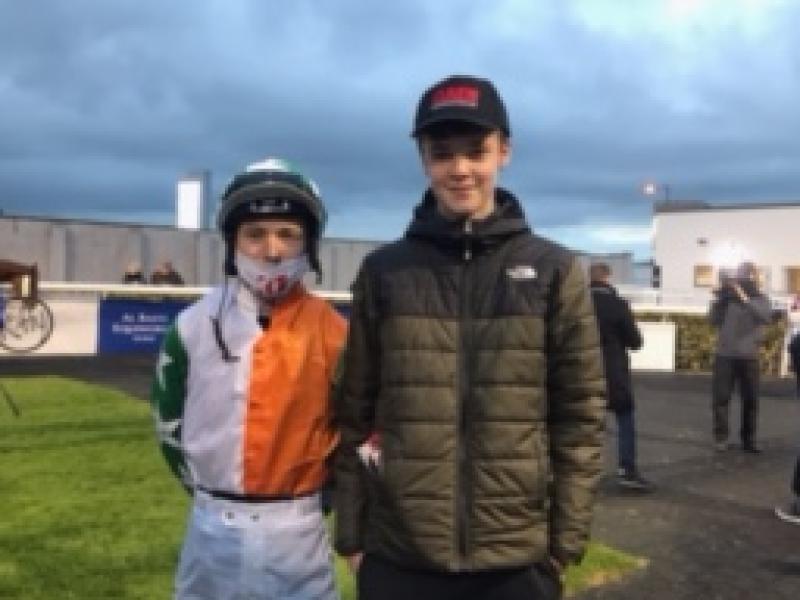 Defeat, in a photo-finish, deprived me of realising a long-held ambition last Friday night. The horse in which I have the tiniest of interests, Eglish – named after a village and football team in Co Tyrone – was a runner in the 6.15 at Dundalk .

It was the latest of her many runs at the track, and fair to say, a number of those in recent weeks hadn’t been inspiring. But this was her time of year – she won a few times in early autumn last season – and word from trainer Ado McGuinness’s North County Dublin stable was encouraging enough to have me get someone to look up the early prices. Champion jockey, Colin Keane, would be taking the mount.

I also inquired if it would be possible if I and my regular racegoing partner – one of the latest generation – could go into the parade ring before the race; and would Keane stand in for a photo with my young buddy.

We’d never been there before when Eglish was running, but in a previous life I represented the others in The Original Syndicate when Chew It Over – remember him? – ran at Down Royal and Clonmel, finishing down the field on both occasions, need I say. No problem, was the welcomed reply from the McGuinness yard.

And, so, along with nearly a dozen of the others with a wee bit of Eglish to their name, myself and Master Ben took our place underneath the canopy in the centre of the parade ring, which is just one of the track’s many impressive features.

There was an introduction to trainer McGuinness and his assistant, Stephen Thorne, and, of course, jockey Keane stood shoulder to shoulder with Ben, who, much as he likes racing, is unlikely to ever join the ranks presently graced by Keane. Although just 15, he stands at over 6 feet and is still growing. A midfielder, perhaps.

Having taken a bit of 4/1 about Eglish earlier in the day, I was feeling a bit chuffed with myself when I saw that she was no better than 9/4 with the course bookies. And, I had a little smile to myself when I was approached by a chap I knew as we left the parade ring. “Well, what’s the chances,” he asked. I often did it myself, hoping, well, to get it from the horse’s mouth.

Ideally drawn in 2 in the 6 furlong handicap, Eglish was quickly into her stride, with Keane finding her a nice spot along the rails. She remained in touch and after turning for home was bang in contention. When she hit the front inside the final furlong, myself and Ben turned up the volume.

But – and there’s always a ‘but’ with stories like these, at least the ones in which I have an interest – a horse by the name of Beleaguerment was travelling equally as well. The dash to the line was hectic, Keane and the other one’s pilot, Shane Foley, giving it just about everything. I didn’t have to wait for the judge to give his verdict – the naked eye told me we’d been beaten.

The disappointment of defeat was exacerbated by being told afterwards that I’d been the one nominated to lead in Eglish had she prevailed. Ah, well, some other time, maybe.