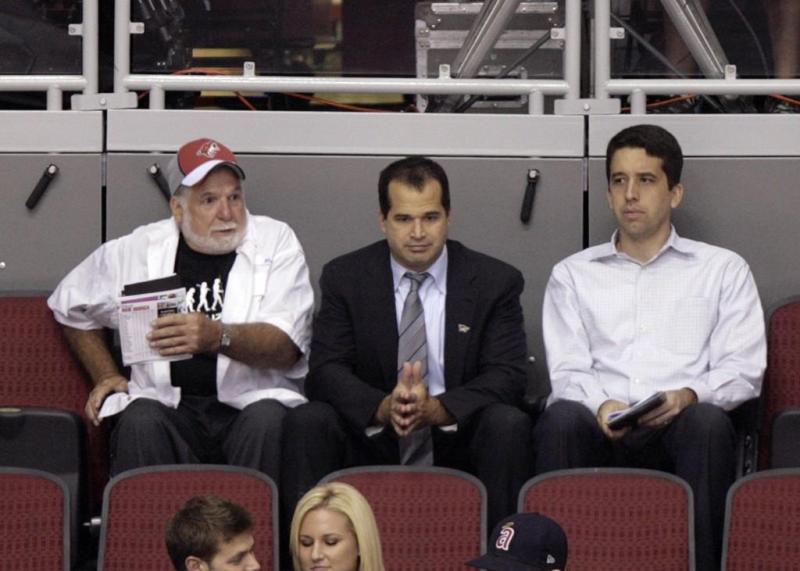 Last Saturday morning a group of elderly men stood talking on a grey street in Blackrock about the big game the night before. It was about the fact Dundalk had been knocked out of the FAI Cup and would not be going to the Aviva for a seventh final in a row.

One man said to the group that the Oriel Park men were poor on the night and that Pats deserved their 3-1 win. That is all I heard them say. It was just after 8AM and the sun was making attempts to shine through.

But the fact it could not seemed to sum up the gloom around the town at Dundalk’s exit. Some fans tweeted that it was the end of the Kenny era even though he left just under three years ago. Many of his players have stayed on, but all but one will depart at the end of the season.

Director of Football Jim Magilton told a press conference days before Christmas last year that his remit would be signing and transfer of players. That’s not how it turned out as it was Bill Hulsizer who took sole charge of this policy.

Magilton had said he wanted to build the 2021 team around Kenny’s players. He never got the chance. The recruitment by Bill was a disaster. The players’ budget was believed to have been ear marked for around €4 million.

This was money that was left for both current and new players. It was way too high and totally absurd. Bill took in a host of foreign players. It never worked.

The demotion of Filippo Giovagnoli as head coach to coach and the elevation of Shane Keegan as manager just 15 minutes before a press conference in January was a huge shock.

It forced Shane into stepping down a few months later as the Lilywhites failed to get a run going and remained at the bottom end of the table. Keegan said he would not continue as manager as that job was much too big a job for him.

In came Jim Magilton who was to be there on a caretaker basis only. Magilton had initial success but soon saw his team slump to the bottom three. Vinny Perth returned as manager as Dundalk got their third manager.

Results improved under Vinny and then took a dip again. Perth returned with the blessing of Bill Hulsizer. Jim Magilton had wanted another candidate.

The club’s form picked up a bit under Perth and they had a good Europa Conference run. However, Dundalk realized they were in a fight to shake off being sucked into the relegation play off zone.

Week after week I asked Vinny Perth about it and he was adamant they would not be involved In a scrap for the play offs. But five weeks ago, Dundalk were dragged into that dreaded drop zone. The Dubliner remained adamant that everything would be OK even if it did go to the play offs.

They got out of the drop zone after an excellent run winning seven out of nine games. However, a draw against Bohemians last Friday week dragged Dundalk back into the scrap.

Last night they faced St Pat’s in the league at Inchicore only days after Pats knocked Dundalk out of the cup. A win would ease their worries. A loss would put them spinning back towards the bottom three.

Pats deserved their win on Friday that sent them into their first final since 2014 which they won. They took the lead on 26 minutes when Greg Sloggett slipped. Alfie Lewis passed the loose ball to Billy King who made no mistake from the edge of the box.

Peter Cherrie could have done a lot better to prevent the ball going into the net. Dundalk were right back in it on 41 minutes when Pat Hoban shot home.

Marty Smyth restored Pats’ lead on 57 minutes. Dundalk had lost control of midfield at this stage. The home side made it 3-1 when Darragh Byrne lobbed the ball over Peter Cherrie and into the net with six minutes remaining.

That was the knockout punch for Dundalk. They were no longer the cup holders, there was to be no seventh visit in a row in to the Aviva and their last route to Europe was closed firmly in their face.

They are now heading into very choppy waters. They could easily end up in the relegation play off at the end of the season.

Most of their players are out of contract bar Andy Boyle and Greg Sloggett. The manager was to sign a new contract last August, but there has been no movement on this since so he could be on his way out the door in five weeks. Greg Sloggett is believed to have signed a new contract.

Peak6 recently bought a share in Wolverhampton Wanderers. Dundalk has been put up for sale for €2million according to the Irish Daily Star. If this is true it’s an absolute disgrace the owners did not show respect to the supporters and let them know what is happening.

There are few who will be sad to see them go. The wages they forked out to some players who were recruited was scandalous.

Whoever recommended these players to the club and whoever was responsible in the club that they were happy with those decisions, it has cost Dundalk some much needed money. A lot of the new players just simply were not good enough. Thus, Dundalk struggled from day one.

With players that simply were not good enough, the Lilywhites stayed in the bottom half of the table for the entire season. Jim Magilton got his selections wrong, as did Shane Keegan.

There was somewhat of a clean out of some of the new signings. Eventually Peter Cherrie was restored as number one keeper. He immediately hit form and Dundalk hit form as well. They went unbeaten for eight games until the defeat on Friday.

In his post-match press conference, an emotional Vinny Perth said he was proud of his team. He said his players were good enough to win the league and that they should certainly be in the top three.

But it was the bad recruitment of players and the letting go of so many good players before the season started that has left the club in such dire straits. And it is Bill Hulsizer who made all the decisions. So he has to take responsibility.

Bill is an elderly man and is living so far away in Florida. He can’t make the right decisions from over there. It is Matt Hulsizer, the owner of Peak6 who must carry the can. He has shown little or no interest in the club since the team won the double in 2018.

Peak6 have earned a tidy sum from Dundalk as a result of the club’s European games. With that money they have put nothing into the ground bar the team gym. Toilet facilities are a disgrace. There is not enough cover for home fans and none for away fans.

Not one thing has been done or spent to improve facilities at the away end for supporters from other clubs. They are a disgusting sight to see.

The letting go of Chris Shields in mid-summer was ridiculous. I’ve said this already. Himself and Brian Gartland were the rocks of that team. Sadly, Brian has been crippled with injury.

As far as Chris is concerned, I would have given him a significant pay rise and told him he had to stay till mid-November as there was a real danger the way the club was going that it could be in a relegation dogfight.

I know Chris lives in Bangor and that it was very difficult for him to arrive home in Oriel at 1AM after a game in Waterford and then having to go on to Bangor. It was asking a lot of him to stay in Dundalk. But the club needed him. Yet the Americans cluelessly let him go.

The floodlights must be completely upgraded and major maintenance must be done on the main stand with seats away from the stand to be replaced and the whole ground to be covered. Peak6 have done nothing to improve the fixed Key assets at Oriel.

Now if the reports in the Irish Daily Star are true, I say good riddance to Peak6. Former owner Andy Connolly is reported to be one of those interested buying the club back along with local firm Stats Sports and people from Dublin.

A second consortium from the north is also interested. It could not be confirmed if this group includes former Sunderland CEO Mags Byrne who established the successful sports player agency First For Players four years ago and has since become a leader in the field.

First for Players has been central to a series of transfer deals involving Dundalk personnel in recent seasons. Their last involvement with Dundalk as far as transfer deals are concerned is believed to have been that of Chris Shields to Linfield.

Former Dundalk Chairman Mike Treacy is in charge of the sale. He is based in Chicago. It’s believed former owners Paul Browne and Andy Connolly received €2million as the buying price last time. That’s why they want this price now.

One issue that was a pity when Andy and Paul owned the club was not to buy back Hiney Park at the back of Oriel. It was initially sold by the club for €700,000 as the club was on the verge of bankruptcy.

It came up for sale by NAMA around 2013. It was bought for €43,000. It should have been bought back as it was the club’s main training ground for its players.

The immediate issue is to get new owners. Talk to players who want to stay. Decide on a manager and whether its Vinny Perth who stays or should it be a new manager. Decide whether it should be up to him to sign and sell players.

Dundalk are on the verge of losing most of their players. Peak6 needs to tell we the supporters and the people of Dundalk what is happening. Their silence is a sign of gross disrespect to the people of this town. Stay safe and please be careful out there.