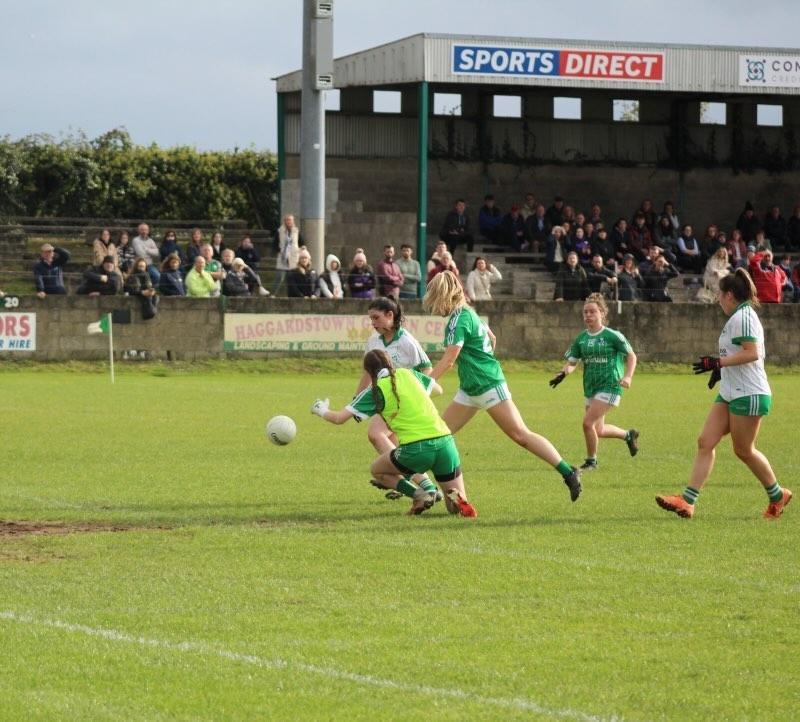 The Geraldines Ladies secured their place in the Louth Senior Championship Final with a win over St. Patricks in Haggardstown. In what was a hard-fought Semi-Final with very little give between the two teams, two goals in two minutes for the home side was the turning point that saw the Geraldines prevailing in the contest by three points.

St Pat’s got off to the perfect start with a series of early points, Aine Breen and Kate Flood both got scores before Rebecca Carr got a point back for the Geraldines.

Flood added two more points from frees for the Pats before Rebecca Carr once again added a score for the Geraldines. The half ended with the sides contesting a real midfield battle with the away side leading by two points.

The Geraldines scored their first goal in quick succession inside the first five minutes of the second half with Kellie O’Donoghue collecting the ball just outside the 45 meter line and her long-range effort flew into the top right-hand corner.

In the next attack the home side was awarded a penalty after Abbi O’Connor was fouled in the area and Rebecca Carr was on hand to despatch the penalty.

The sides then traded points with Kellie O’Donoghue and Rebecca Carr scoring along with Kate Flood scoring from a free. Rebecca Carr was to get another point with Denise Finnegan and Kate Flood both getting scores for the away side.

The Geraldines withstood the late rally to book their place in the final and will face St Fechins in the showcase match for Louth Ladies Senior Football glory this Sunday. The game is due to take place at the home of Glyde Rangers with a throw in time of 11:30AM.