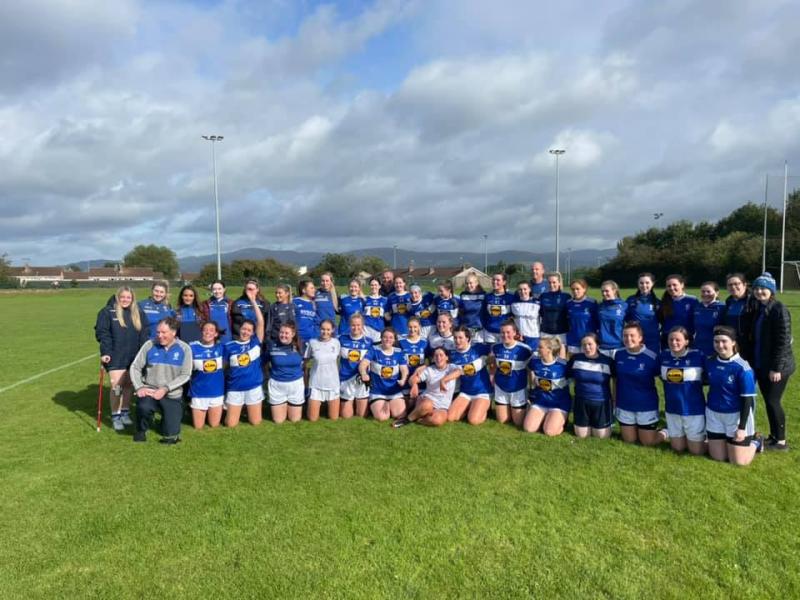 Dundalk Gaels took to the field last Sunday morning to face off against Dundalk Young Irelands ladies for the fourth time this year. They went into the game as slight favourites having won the previous three contests, but knew they had to be at their best following a closely contested affair last time out that saw them win with just two points to spare.

Sunday’s fixture started in a similar fashion with both teams settling into the game well. Centre half forward Alannah Kelly scored 1-1 in the first quarter for the visitors to leave the sides level at the first water break.

The next quarter proved decisive as the Ramparts side built up a four point lead they wouldn’t relinquish thanks to 1-1 from Grace Quigley and a point a piece from Alannah Kelly and Sarah McAleer that left the half time score line 2-04 to 1-03 in the Gaels favour.

This trend continued into the second half with the Gaels maintaining a four point lead for nearly the entire half with goalkeeper Coleen Mulpeter and her defence standing firm as the home side threw everything at them as they tried to get closer.

Ruth Burlingham’s energetic display in midfield provided the platform for further points from Kelly bringing her personal tally to 1-3. At the full time whistle there was joyous scenes as the girls in Blue ran out four point winners on a score line of 2-8 to 1-7 to claim a place in the Junior showpiece.