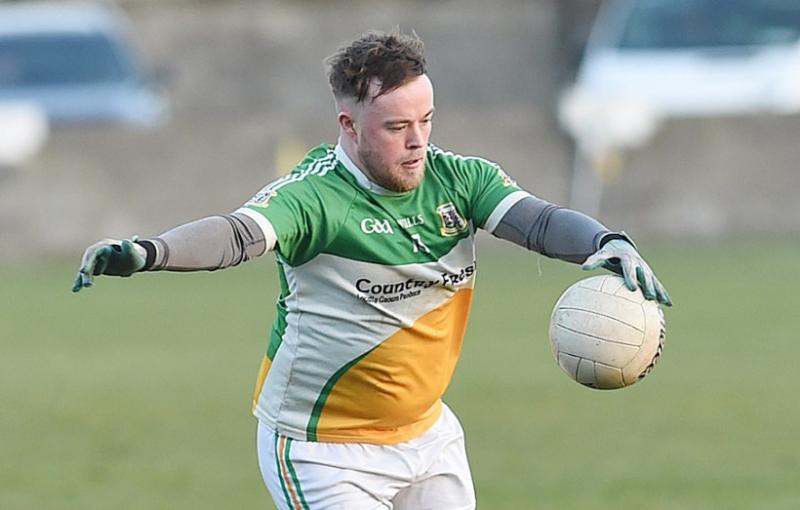 Drama at the finish in the Grove in Group B saw St Joseph’s advance to the quarter finals of the senior championship at Dundalk Gaels expense.

With three points between the sides in the dying minutes, Gaels substitute Tom O’Connell looked to be fouled for a penalty but play would carry on and Oisín McGuinness went all the way to the other end to find the net.

A draw would have put Malcolm McDonnell’s side through and that frustration then boiled over further when Ger McSorley received a straight red card from the resultant kick out.

Eventual winners St. Joseph’s led for the majority of the contest, bar a shaky spell either side of half time where they conceded six unanswered scores.

Conal Smyth hit the ground running, and his three first half points opened up a 0-5 to 0-2 lead for Ollie McDonnell’s charges. Dylan McKeown was the Gaels only outlet up front at times and the youngster handled it well with all but one of his side's points in the opening half.

Alan McKenna and Alan Quigley were impactful substitutes last weekend for the Joes and were rewarded with starting berths. They would both continue that good form with points.

Quigley’s long range free off the deck was special and it is something of an annual Louth championship highlight. With that four point lead the Gaels upped it and rattled off three in a row. Jason Clarke found the target to make it 0-6 to 0-5 at the turn.

Gerard McSorley landed a monstrous point quickly upon the resumption to level, McKeown and Derek Crilly then capped off the six-point turnaround. Then came the game's turning point.

A booming ball into Quigley was punched away by his marker James Lynch into the stride of Craig Doherty who zoomed onto the breaking ball, and with that momentum behind him he blasted it past Conor Boyle in the Gaels net.

The Joes then sensed blood and whipped over another four scores, while their shell-shocked opponents struggled to get their bearings. A Doherty brace, coupled with scores from Quigley and Gabriel Bell running home their advantage.

Dylan McKeown pulled two points back to bring his tally to seven points on the day but most importantly the brace left it a one score game. The Gaels heaved, drama ensued, and Joes advanced to the quarters where they will play county champions Naomh Mairtin.