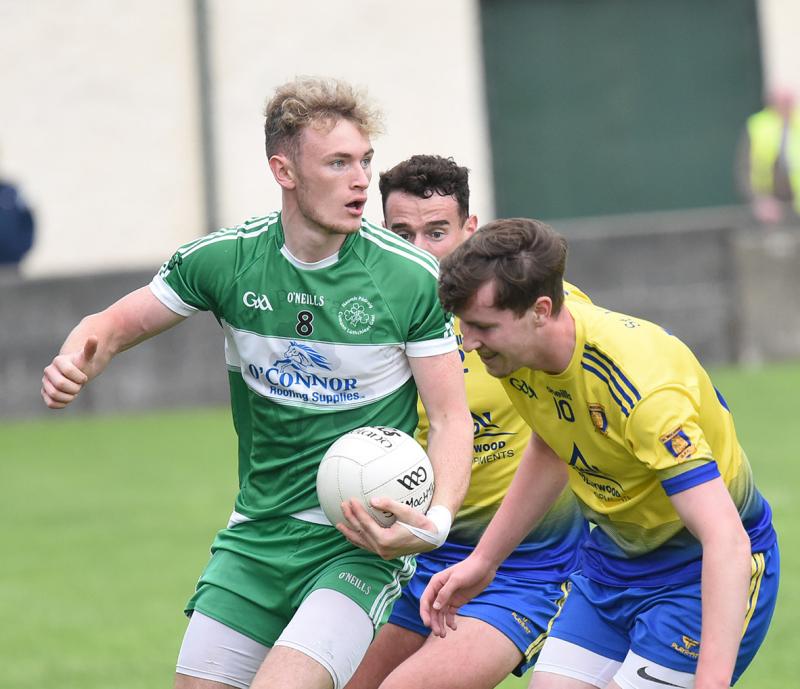 Prior to the introduction of the Super 8s, we had All-Ireland football quarter-finals. After the provincials had been decided and all the qualifiers played, eight counties would still be standing. A weekend would be set aside for the four games, two on the Saturday, the others the following day.

This was a Croke Park weekend to beat all others, even the one reserved for the final. You had on view the four provincial champions, teams that had recovered having been beaten, maybe even walloped, early on, and there would sure to be a springer or two in the mix.

One thing is for sure, the team that would go on to lift the Sam Maguire would be there. And another thing, there’d be value for money. That there was greyhound racing at Shelbourne Park on the Saturday night, Irish Derby heats on the card, added to the weekend’s gaiety, for your writer at least.

Covid dictated that last season it was back to how it was for many, many years, up until the introduction of the qualifiers, in 2001, the provincials followed by two semi-finals.

In the strangest of years, the All-Ireland final wasn’t played until the Sunday before Christmas. It was the same this year, except that activity was confined to the summer months, more or less, and people were there to see the action unfold.

It’s not known what it will be like next year. There’s a distinct possibility of a second tier championship being introduced, the Tailteann Cup going to the winners of the competition confined to counties that don’t make it in among the top sixteen.

Louth’s three main championships are at the quarter-final stage, and there have been no major surprises, just a few narrow shaves, so far. St Mary’s had the narrowest, the Ardee side twice needing injury-time scores to claim victory in their senior matches with St Mochta’s and St Patrick’s.

Could the omens be good for Mary’s? They had no luck last year, nor on the occasion before that when they reached the final. They’ve already got the Cardinal O’Donnell Cup in the bag, and as was the case, as it came to the business end in 2021, there’s a spring in Ardee steps.

The line-ups for the senior and junior quarters had yet to be finalised at the time this piece headed down the runway, but it would come as a sensation to be told the title-holders, Naomh Mairtin, hadn’t made the last eight of the premier event.

Newtown Blues are already there, and as they are likely to be strengthened come the knock-out, they’ll pose the usual threat. Also in the mix along with St Mary’s are other ‘saints’, Mochta’s and Joseph’s, along with Mattock Rangers.

Mochta’s win over St Patrick’s on Sunday was as hard earned as it was deserved. Pat’s appeared to have done enough when they came from five points down to go three clear in a wind-assisted second half.

But the Villagers were better able to find the range in the last quarter. Same goes for Joe’s, who ended Dundalk Gaels’ hopes with two goals to spare.

The draw for the intermediate last eight is at hand and it includes all the leading fancies. Hunterstown Rovers, Young Irelands, St Fechin’s and Kilkerley Emmets came through their groups unscathed – Cooley Kickhams, St Kevin’s, Oliver Plunkets and Sean O’Mahony’s had a little longer to wait.

O’Rahilly’s are among the also-rans, facing a relegation battle to qualify for next year’s championship. They must be wondering why, after scoring 4-10 in last weekend’s decider.

It’s explained by their opponents, Cooley – once again fielding without Rob Kearney – coming up with 2-20. A good evening for forwards but hardly for their colleagues at the other end of the field.

Inside Track is not bumming its chat, but all of its fancies are still standing as indeed are those listed as dangers.

“Mairtin’s, Hunterstown and Lannleire to triumph. In with a shout – St Mochta’s, Young Irelands and Glen Emmets,” was written before the championship flag went up. We’ll see what happens over the next few weeks.