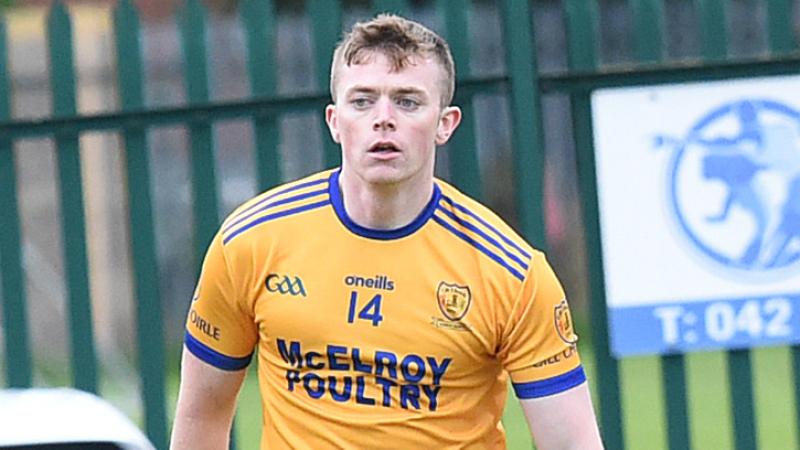 On the evening, Tadhg McEnaney was relentless on the back pitch in Darver. The marksman finished with 1-9 in total and was a constant threat every time he gathered possession. Such was his scoring rate, Dessie Lennon’s side never looked like losing.

His first half penalty could have been matched with another when he looked to be dragged down early in the second half. The penalty wasn’t given and full credit to Naomh Fionnbarra they rallied back and drew the game coming out of the final water break.

That would be as good as it got for last year's junior champions as McEnaney and his inside partner Conor Quigley held their nerve and closed out the game with five of the last six points in the final quarter, the impressive Fintan Brady with the other.

It was St. Finbarr’s who began the game in determined fashion, opening up a three point lead on the back of a fine Mairtín Murphy opener, a sweetly struck Stephen O’Reilly 45 and a Thomas McCreesh free.

However, similar to the finale, Emmets never panicked and slowly went up the gears to score an unanswered 1-4 all before the first half water break. McEnaney and Quigley opened their accounts along with James Fagan who settled the nerves with a long range effort.

With Shane Lennon sidelined, Kilkerley looked to Fagan for leadership and the midfielder provided it in spades. He won a 16th minute penalty that McEnaney duly tucked away and commanded the middle of his field, especially off his own kick outs.

Ciaran Markey, Padraig Butterly and Conor Osborne found the target before half time but McEnaney cancelled those three scores out every time to make it 1-8 to 0-6 at the interval.

Kilkerley extended their lead to seven after the break through Kieran Murtagh and Brian Brady but this would be St. Finbarr’s best quarter of the game. The revival began from the strangest of origins, a defensive mark.

The effort was inside the fifty and Noel Hand blew for a penalty after the goalkeeper’s error of judgement. Stephen O’Reilly supplied the finish and Markey quickly added his second point, game on.

McCreesh came out after the water break to indeed level the game for Brendan Healy and Alaraic Costigan’s valiant side but that would be that as Kilkerley powered on in the finish. They now meet Sean O’Mahony’s next Saturday in Clan Na Gael Park (Throw in 7 30PM).