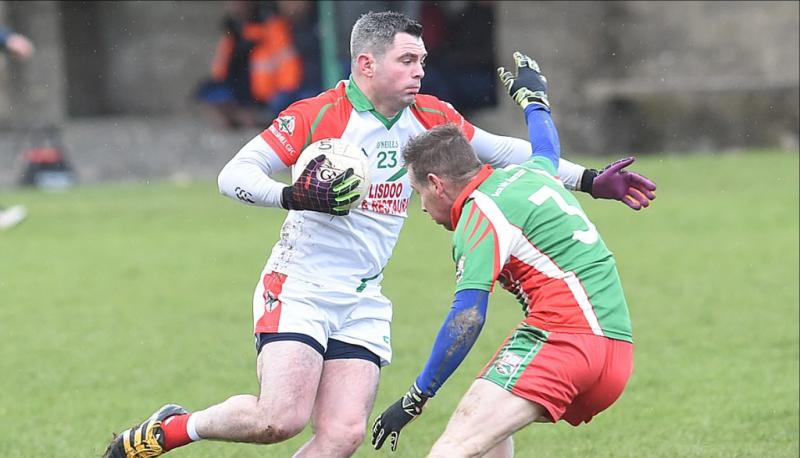 Dowdallshill saved their best till last after winning their closing Group D contest with their most accomplished performance of the entire season.

With both teams already out of contention, the shackles were off, and it was the Hill who ensured their campaign wasn’t going to end without a point on the board.

But at the same time, there’ll be a lot of head scratching as to why they weren’t able to produce the same level of performance in their two earlier matches when quarter final qualification was still up for grabs.

Following their surprise defeat at the hands of Cuchulainn Gaels in the previous round, the McDermotts had little to play for in this fixture and their depleted side proved no match for the Dundalk men.

Cathal Sheridan and Niall McManus were in fine scoring form for the Hill on the night and both found the net in the first half to see their side take a 2-6 to 0-9 advantage into the break.

Tony Kelly led the charge for the Seans as he finished with four points to his name, but his side’s challenge faded in a disappointing second half display.

Dowdallshill remained on top in the second period and stretched their lead to 15 points by the final whistle, with Sheridan and McManus again finding the net while Stephen Cooney finished with six points.

After the game, Dowdallshill manager Pat Conlon and selector Ernie Finnegan announced they were stepping down as this was the final competitive game of the season.

Annaghminnon Rovers finished their Junior Championship campaign on a high as they recorded a three-point win over Wolfe Tones in Group C at Darver on Sunday afternoon.

Three second half goals from Dwayne Markey, Richie Ashfield and Eddie Finnegan made the difference as Rovers edged a tight contest.

Both sides went into the game having already missed out on the quarter-finals by virtue of losing their opening two games, leaving little to play for other than pride.

That was evident in a first period that lacked any real intensity and a low-scoring half ended level at three points apiece.

It was Annaghminnon who raised their game in the second half and showing a greater hunger in front of the posts, they were rewarded with the goals from Markey, Ashfield and Finnegan.

Niall Smith replied with a three-pointer for the Tones but a late score from Rory Phelan ensured that the Stonetown side came out on top.

Tonight's Lotto jackpot could be the highest ever 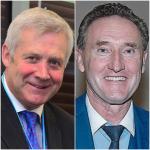