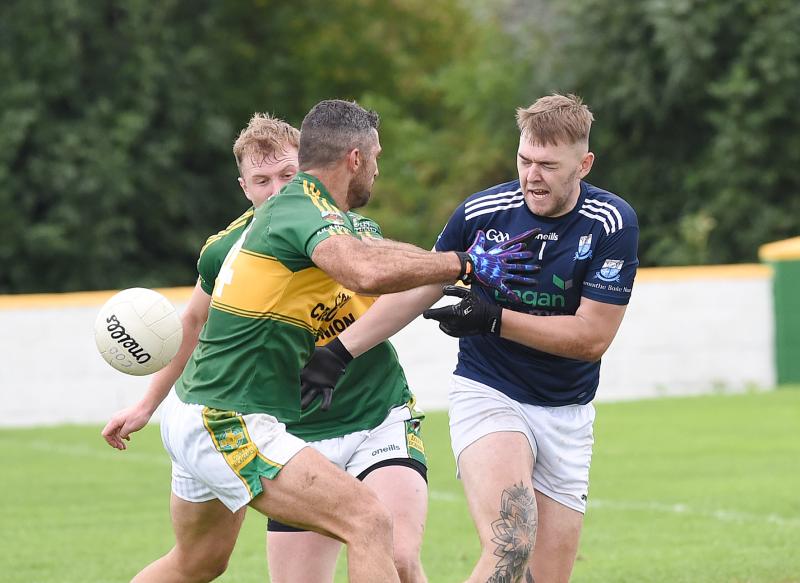 On a day where all the eyes of the GAA world were firmly on events at Croke Park as Limerick put in one the most spectacular displays ever seen in All Ireland hurling Final to bag their tenth Liam McCarthy Cup, an hour or so up the road saw the return of a rugby icon to Gaelic Games.

A little under two weeks ago came the news that the former Leinster and Ireland player Rob Kearney had returned home to his native Louth following a short spell playing in Australia with the Western Force for one season.

He was quickly spotted training with his old GAA club Cooley Kickhams, as the former Full Back looked to turn his hand back to the sport he first fell in love with and switch an oval ball for a rounded O’Neill’s branded ball as he tried to help his local club make a return to the Senior ranks.

On another week this would be the talk of the country, but with proceedings with the small ball taking centre stage at HQ his return at home against the Newtown Blues went under the radar. That didn’t stop a large crowd gathering to see what he was made of.

The 2012 European Rugby Player of the year started the game at full forward, playing for over 40 minutes before being substituted. He was extremely fit and fast and could well be an invaluable weapon for Gary Thornton’s side.

However, he did look like he will need some time to adjust back to football, the skills of the game such as shooting and passing being a little rusty following 17 years out of the sport. He last donned the Cooley shirt in the 2004 Senior final before focusing on his fledgling rugby career with Leinster.

Kearney showed his abilities as a footballer at a young age and apart of the Louth Minor team which pushed Dublin to a replay back in 2003. Sadly for GAA fans the urge to play professional rugby was too strong and he would go on to begin a glittering career in the Blue of Leinster.

The Newtown Blues did not go easy on the home side, showing the rugby great the standards he will need to reach in comfortably winning by 3-12 to 0-9. Only time will tell if Kearney can replicate his success in rugby and inspire his teammates to silverware this year.