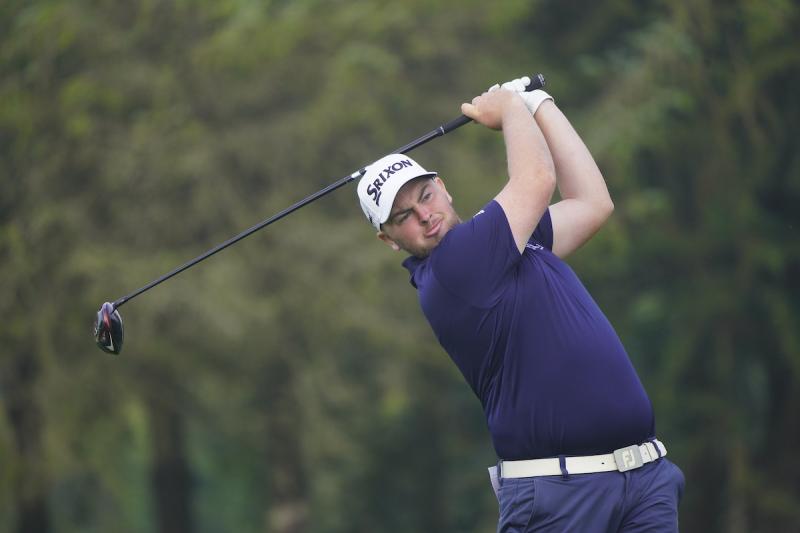 It all came down to Caolan Rafferty in yesterday’s Interprovincial Golf Championship, as the second-round match between Leinster and Ulster went right down to the wire.

Ulster came into the contest needing a win having lost to an inform Connacht side by 6-5 on Wednesday to have any hope of taking the prestigious title while Leinster were already in a good position in the table following a comprehensive 7-4 win over Munster.

The men from the east once more dominated the foursomes, winning three of them while Ulster's only points in this session came from a draw as the pairing of Rafferty and Marc Boucher finished all square against Gareth Lappin and Shane McDermott. That left the scores at 3.5 to 0.5.

The Northerners didn’t back down and came back strong in the afternoon singles, clinching four of the first five games to leave the scores at 4.5 apiece with two matches left to play. After the next game was halved, it came down to Rafferty in the final match to bring Leinster home.

The match went to final green, the Dundalk golfer sinking his put to seal a 2&1 victory that led Leinster to a narrow 6-5 win.

Undefeated in his four games so far, Rafferty was looking to forward to the final round of action tomorrow, when they face an an undefeated Connacht team the beat Munster 8-3 yesterday.

“I love the team environment. I was told Shannon might suit me, and I’m really looking forward to getting down here again tomorrow. So far, so good.”

David Kitt has been one of the Westerners' most lethal weapons this year, winning three of his four games so far and he is looking forward to the game against Leinster today, from which the winner will take the overall crown.

“It’s hard to get into a flow in the foursomes, but it comes together nicely in the singles” stated the Galway native. “Connacht have had a few close calls in recent years in the Interpros, but hopefully we can get over the line tomorrow. We’ve a good team, and a great chance. Leinster have a good team too. It’ll all come down to the day.”