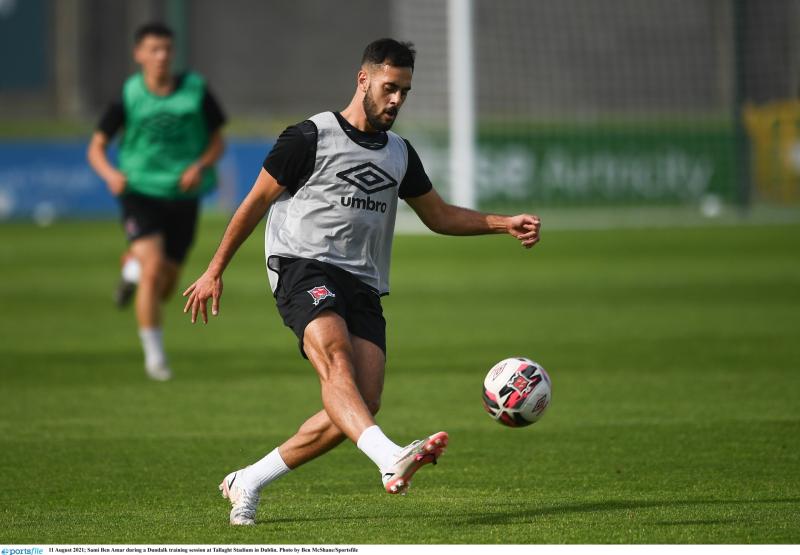 Dundalk have bolstered their squad with two big summer signings as they look to regain ground in the league and battle to retain their FAI Cup crown.

Moving to Oriel Park will be Moroccan midfielder Sami Ben Amar who joins the club following a long spell in the French leagues with Nimes Olympique while Scottish goalkeeper Cameron Yates joins the Lilywhites from League One side Wycombe Wanderers.

A move to Nimes Olympique followed in 2017 and in his first season at the Stade des Costières he made three substitute appearances in Ligue 2 as the club secured promotion back to the top flight for the first time in 15 years.

His first taste of Ligue 1 action came in September 2019 when he came off the bench in Nimes’ scoreless draw away to Dijon and he was handed his first start for the club in their Coupe de la Ligue win over Lens the following month.

He also started in Nimes’ Coup de France defeat to Dijon in January 2020 and his last outing came in February of this year when he made a fleeting appearance as a late substitute in their 1-0 win over Lorient.

Most of Ben Amar’s football has been played with Nimes’ second team, where he scored 18 goals in 48 starts across four seasons in the Championnat National 2 and 3 sections (tier four of the French Football pyramid).

“I am very excited,” Ben Amar told dundalkfc.com. “Dundalk is a very good club and I want to play here. In France, it is difficult for young players if you are not playing and I just want to play football. Dundalk have given me the chance to do that and I really want to show what I can do.”

Edinburgh native Cameron Yates spent three years with Wycombe Wanderers, making three EFL Trophy appearances for The Chairboys. He was a regular on the bench during most of the club's 2020/21 season in the Championship.

Prior to his time at Adams Park, Yates spent a decade at Leicester City’s academy, where he was the No1 in the club’s U18 side. He also deputised for the Foxes’ U23 team in Premier League 2.

In 2018, he won the U18 Premier League Save of the Season award for a point-blank stop in Leicester’s FA Youth Cup win over Middlesbrough.

“Dundalk is a very well-known club in the UK,” he told the club’s media team. “I knew about the club before it was even brought to me and as soon as I got the call, I was very keen to come over.”

Dundalk head coach Vinny Perth has not hidden his desire to strengthen his squad ahead of their battles domestically and was full of praise for the club’s newest recruits who have been training with the team for the past few weeks.

“Cameron is someone who has come over and we have had a good look at him” stated the Dubliner. "He’s 22, his character fits the DNA of the club and the target for him now is to try and force himself into the first team and become an option for next season.”

“Sami has raw talent and we have watched a lot of his games in France. He is someone who can play all across the front three positions and he’s a player who will really excite people."