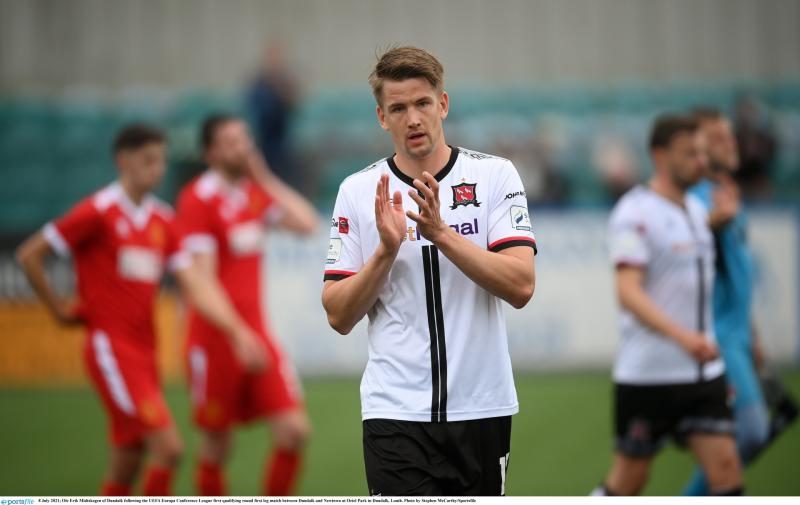 The 26-year-old Norwegian striker joined Dundalk on a free transfer at the start of the season, but only scored once – against Finn Harps – in his 15 appearances for the club.

He was brought to Oriel on the back of an impressive display last year against Dundalk, when he scored for KI Klaksvik in a Europa League play-off match at the Aviva Stadium.

Midtskogen struggled to settle into League of Ireland football, however, and The Democrat understands he had been back home in his native Norway for several weeks before completing his move to Kjelsas, who play in the Norwegian Third Division.

“We would like to thank Ole for his time at Oriel Park and we wish him the very best of luck in the future,” read a club statement on the official Dundalk FC Twitter account.

Midtskogen scored for his new club on Saturday, as they drew 2-2 with Oygarden FK.

Meanwhile, Taner Dogan has joined another ex-Lilywhite, Jesus Perez, at USL League One side Forward Madison, where both players will spend the rest of the season on loan.