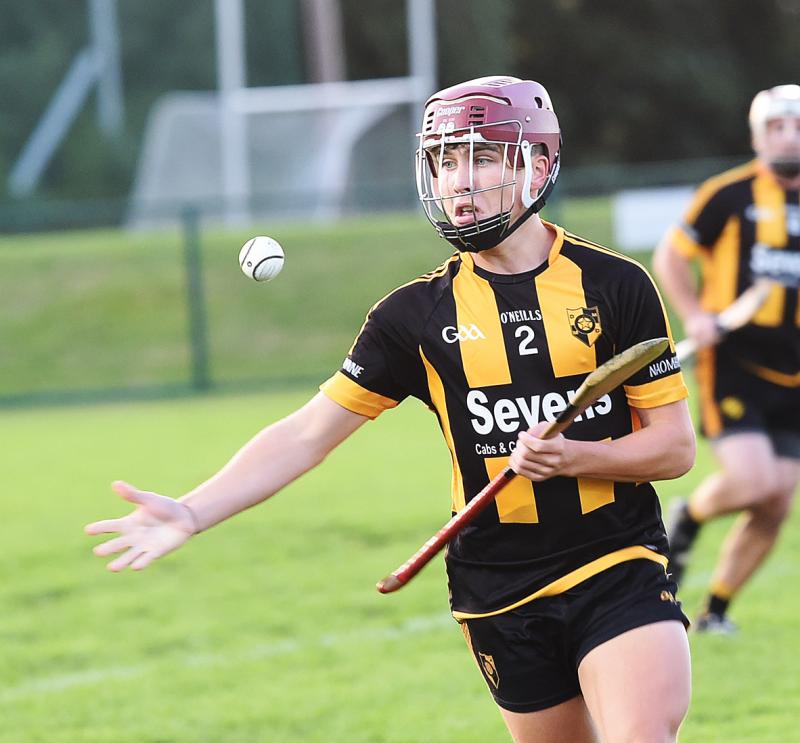 Having let slip a seven-point lead late in their game against Knockbridge the previous week, Naomh Moninne went into this second round championship encounter against Mattock/St Kevins in Darver on Thursday night determined not to suffer the same fate.

What they produced was a performance that will make both St Fechins and Knockbridge sit up and take notice, seeing off their opponents with ease with 16 of their 24 scores coming from play and importantly coming from seven different players.

The men in black and amber had already accounted for three wides when Mark Gahan opened the scoring for the Dundalk side with a good point from the left wing on five minutes.

The same player added another point from play after which Daire Flanagan set up county regular Andrew Mackin with a good pass to fire home the game’s opening goal on eight minutes.

Top scorer Darren Geoghegan then added another good point, again from play, when he caught Donal Connolly’s puck out on the right wing and cut inside his marker to fire over.

Gahan had grabbed his third point of the half before the combination side opened their account on 15 minutes when Gerard Smyth set up his ex Pearse Og colleague Andrew McCrave for a good point.

A further brace of Moninne points had them leading by 1-6 to 0-1 at the water break. A good goal chance saw McCrave firing narrowly wide for what would have been a welcome score for his side as Moninne continued their dominance right up to the interval.

Geoghegan and Mackin struck over a good brace of points from play while two pointed 65 metre frees from the aforementioned Geoghegan had the black and amber outfit leading comfortably at the break by 1-10 to 0-1. A huge gap for the young combination outfit to overcome.

It didn’t take long for Moninne to add to their ever-increasing tally with Daire Flanagan, Darren O’Hanrahan and a brace of Darren Geoghegan frees extending their lead to 16 points on 36 minutes.

To their credit the combination side battled on gamely and they were rewarded with points from Johnny Matthews (2) and Jason Condon before experienced substitute Aidan Carter netted from close range to leave the score at the final water break 1-15 to 1-4.

Substitute Dylan Carey accounted for five successive points, all from play for the eventual winners, staking a claim for a starting position in their clash with unbeaten St Fechins this Thursday night.

Andrew McCrave grabbed a point for his side but the game would play out to its inevitable conclusion with Moninne sealing the win with three further points from Darren Geoghegan and a good point from hard working midfielder James Murphy.

Mattock/St Kevins will finish off the round robin stages of their first ever Senior Championship when they face Knockbridge on Thursday in Darver, but with the county champions losing last week and likely needing the win to have any hope of an automatic final spot it will be another tough hurdle for this young side to overcome.

For Monnine it’s a chance to take on the unbeaten Termonfeckin outfit, who will be eager to make it three wins from three in the group stages and put it beyond any doubt that they are the favourites to lift the Paddy Kelly Cup this year. A trophy they last won in 2016.

It will be a big match for both sides with the top spot in the group still up for grabs, a vital position as with it comes an automatic place in the final. The losers can expect an extremely tough test to get to the final as the second placed team meets the team finishing in third.

Met Éireann hints at return to good weather next week