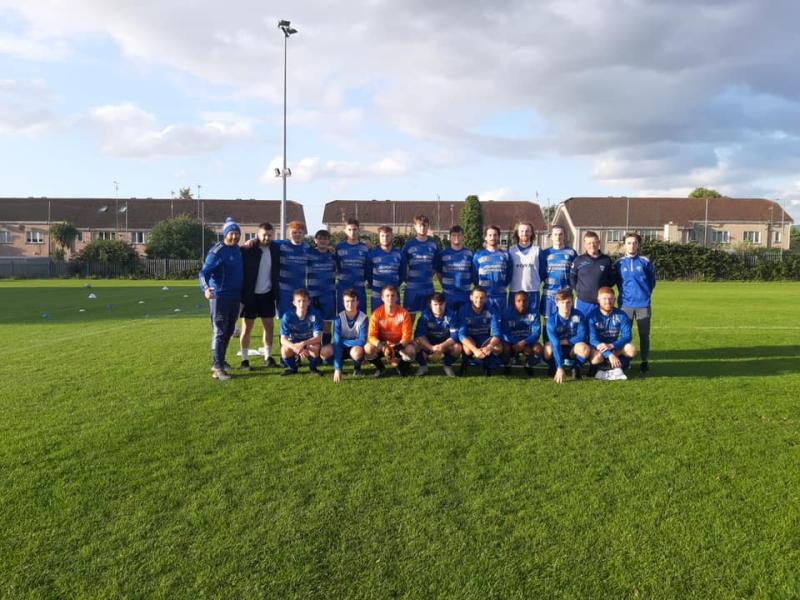 Muirhevnamor lifted themselves off the bottom of the table with this narrow victory over Quay Celtic. Brian O'Connor with his 3rd goal this season, headed his side into the lead with 30 minutes gone, his first League goal for Muirhevnamor.

Quay fought back playing excellent football, but found Padraig McConville in super form in the home team's net. When they did get the better of him, the crossbar denied them. They also had a penalty claim ignored by referee Brendan Doyle.

The home team doubled their advantage on 55 minutes when Jamie Mulligan tapped home a rebound off the Quay post. A brilliant shot from Joe Dunne brought Quay back into the game with 30 minutes left to play.

Try as they might the Clancy Park side could not fashion an equaliser. Dispite this reverse they remain in second place.
A minutes silence was observed before the kick-off in memory of the late Sean Maguire.

Just 20 seconds into the start of the match Border Legion were reduced to 10 men after they had a player sent off, probably a record in the League's long history.

Dispite being a player short it was Border Legion who took the lead in the 32nd minute, Jordon Gartland scoring his first goal for the club. The Lisdoo side, through staunch defending held their slender lead until the break.

On the hour mark the legion were awarded a penalty which Stefan McKevitt put away to leave them 2-0 ahead. Shortly after Rampart had a player sent off.

David Lynch, the Rampart keeper made a great save from another penalty and boosted by this Rampart reduced the lead with an Aidan McGuinness header, his 6th goal this term. With 10 minutes remaining a wonderful strike from Asen Lordanov put Border Legion ahead 3-1, his 5th goal this season.

Rampart were then awarded a spot kick which Aidan McCabe saved brilliantly, to see his side make sure of the three points. This win maintains their unbeaten run and moved them up to second spot behind Glenmuir Celtic, two points adrift of the leaders 12.

Glenmuir United moved to within a point on leaders Bay United with this hard fought victory over Carrick Rovers. Liam Keenan gave the Blues the lead on 35 mins, shooting home from close range, an advantage they carried into the break.

Carrick pressed hard right from the restart to level matters but a break away midway through the half saw an almighty scramble in the Carrick goalmouth allowing David McAllister to tap in and put the home side 2-0 ahead. The visitors fought gallantly to the end but could not break down the home defence.

In the First division Rock Celtic made it three games without defeat on the trot with a big win over Bellurgan United by a 5-3 scoreline. Rory Kirke for Rock scored twice, bringing his seasons tally to 8 goals, Bryan Soraghan also got a brace and Drew Kierans completed the seasiders scoring. Bellurgan's goals were got by Joe Needham and Mattie O'Brian.