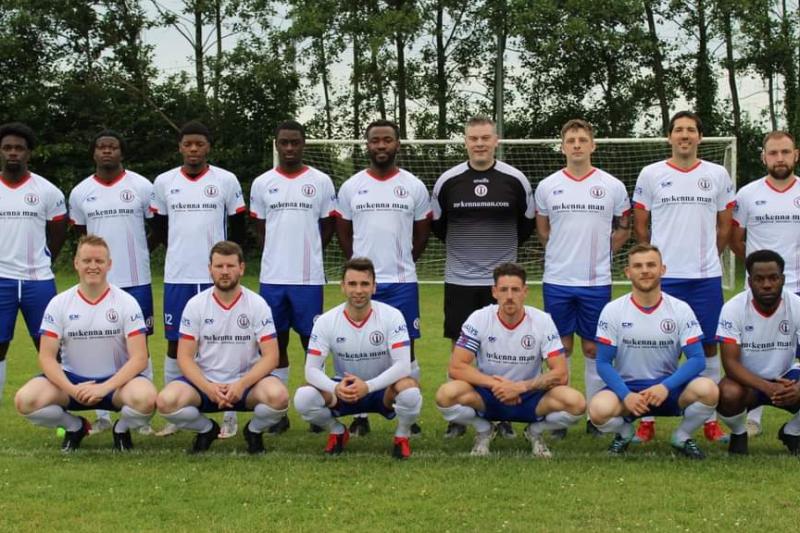 The Bay United team which lined out in a fixture earlier this year. Pic: Justin Burke Sports

Bay United advanced to the semi finals of the Clancy Cup, overcoming a late comeback from Glenmuir at Rock Road on Wednesday evening.

The home side got off got off to a terrific start when Sheriff Ayoade scored after just three minutes. The same player made it 2-0 on the 20 minute mark as the visitors struggled to get into the cup tie.

William Opoku stretched Bays lead to 3-0 with just a quarter of the match played. It looked ominous for Glenmuir at that stage but gradually they got back into the game but they still went in 3-0 down at the break.

A much better performance from the visitors was rewarded with a brilliant free kick from Oran Murphy to make it 3-1 with 12 minutes remaining. Danny Murphy with time running out, then added to Glenmuir's tally, to set up a grandstand finish. Although rocked, Bay managed to hold on to advance to the semifinals.