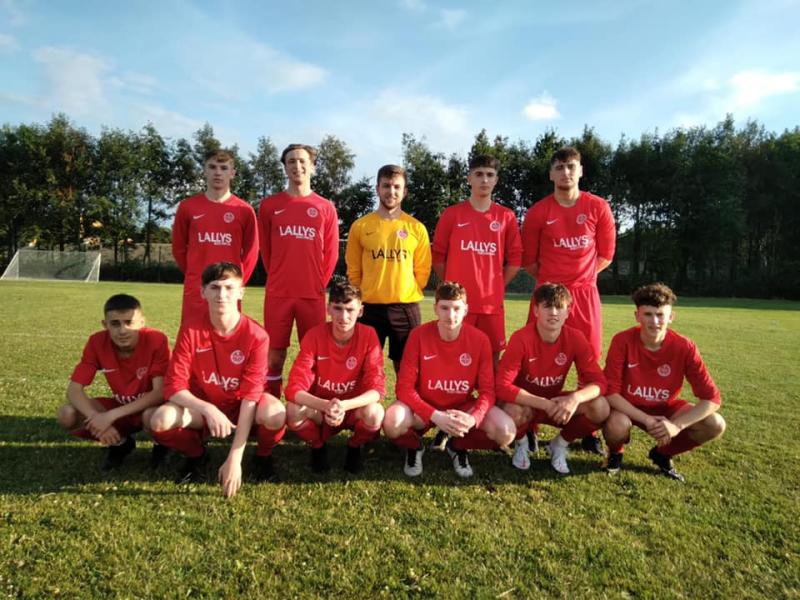 The Rock Celtic side which clinched their place in the Clancy Cup Semi-finals in emphatic style. Photo Credit: Rock Celtic Facebook Page

First division Rock Celtic knocked Premier division side Muirhevnamor out of the Clancy Cup, hitting them with a eighth goal salvo, scoring four in each half.

The Seasiders were a goal up in seven minutes, but Brian O'Connor had the teams level on 15 minutes. A tap in on 20 minutes put Rock ahead again and they doubled their advantage from the penalty spot on the half-hour mark.

Brian O'Connor with a stunning strike made it 3-2. Just before the break the home keeper was lobbed to give Rock a 4-2 lead at halftime.

The Haggardstown side quickly added two more goals after the restart to go 6-2 in front, with 53 minutes played. Muirhevnamor then took control of the match but spurned some great chances to get back into the game.

In the last 5 minutes of the match Rock added two more scores, a terrific goal from Derek Delaney and one from the penalty spot to complete a great Clancy Cup Quarter final win. The Rock goalscorers were Ciaran Fee (3), Oran O'Hanlon, Frank McGory, Rory Kirke, Derek Delaney and Mark Gallagher.

Gardaí issue warning about some car sellers tampering with mileage

Over €4.7million in capital funding secured for Louth Hospitals