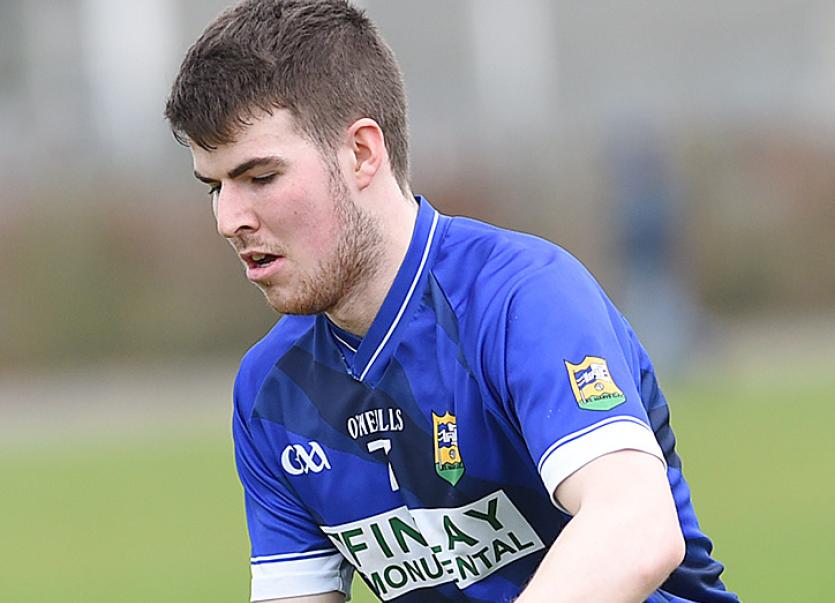 Ardee lead by the minimum at half time 1-9 to 1-8, Daire McConnon with the game’s first goal for the Mary’s to add his early points.

Aaron Culligan came on after the first half water break for David Moloney to scramble home a fisted effort and due to the heat on the night the scoring rate dipped dramatically in the second half. Gaels wingback Andrew Curley took the game to extra time with the scores at 1-12 a piece after normal time.

The situation got better for the Gaels when they took the lead for the first time in extra time, only for Conor Keenan to come up from the back to find the net from a dropped shot. Ardee never looked back after that.

Fourteen-man Geraldines came back not once, but twice in the Sheelan Cup Quarter final at home to Mattock Rangers in Haggardstown last Tuesday night.

Mattock Rangers started much the better side and led 0-9 to 1-4 at half time. It would have been a greater lead only for county panelist Matt Corcoran finding the net with the last kick of the half.

A Shane Rogers penalty put the home side one point ahead, only for Cathal Fleming to cancel that major out with a goal from the spot himself.

Mattock pushed on to lead by three thanks through a terrific Ben McKenna effort. Then Gers centre forward Michael Rogers got sent off and despite the numerial disadantage it proved to inspire the home side. Wing back Ben Mooney popped up with the winner on the back of four unanswered scores in the games finale.

Joes exited the Paddy Sheelan Cup at home in Cluksey Park at the Quarter final stage following a comprehensive defeat to the Newtown Blues. Both sides fielded very understrength sides, the Joes with a very changed team to their opening League match last week.

The Joes had the better of the early exchanges and were 0-4 to 0-3 up at the first water break with points from Killian McDonnell, Oisin McGuinness, Ciaran Johnston and a free from Craig Doherty.

The Blues with a mini scoring blitz went into the half time break ahead by 1-7 to 0-5, Alan Wilton with the Drogheda side's goal. They dominated the second half and ran out easy winners with John Kermode coming off the bench to find the net along with full forward Robert Carr.

Home side St. Mochtas edged this keenly fought local derby over St. Brides with a one point victory to advance to the Sheelan Cup semi-finals.

Fresh from Leinster championship action both Byrne brothers came off the bench to find the target and help the Louth Village men claim the bragging rights. Cormac Smyth had the hosts ahead at half time 1-5 to 0-4 but a storming second half from the Knockbridge men nearly swung the tie in their way.

Bride's corner back Stephen Hoey found the net and another county panelist, Paddy Reilly landed two points when introduced with twenty minutes to go. However, Kieran Quinn held his aces for longer and St. Mochta’s timed their winning run to perfection to win out by two points in the end.