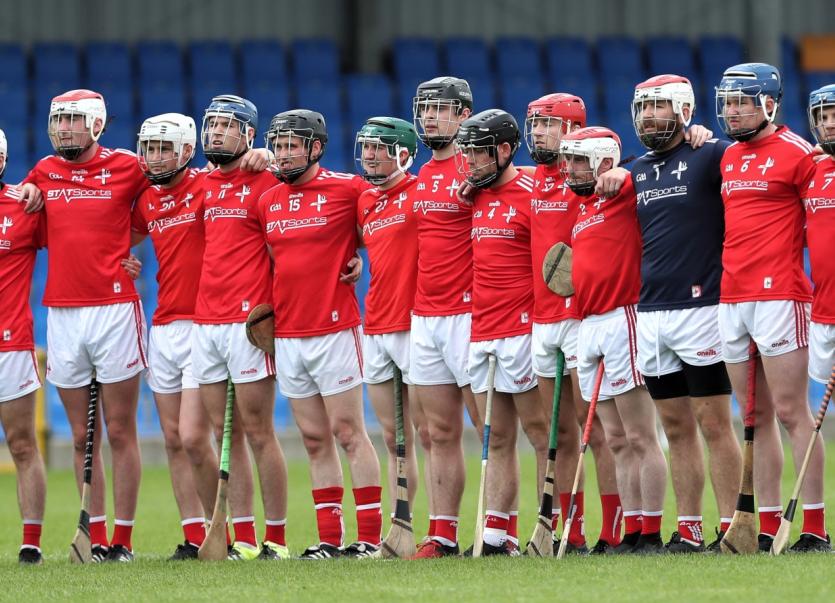 The Louth Hurlers will be on a revenge mission, as Monaghan travel to Darver this Saturday, throw in 7PM. Pic: Syl Healy

Louth’s defence of the Lory Meagher Cup didn’t begin as planned, Longford showing why they’ve been recently playing at a higher grade as they put eight goals past the Wee County last weekend.

Paul McCormack’s troops have little time to dwell on this defeat, Monaghan the visitors to Darver on Saturday (Throw in 7PM) knowing that a loss means going through an extra round of matches if they are to successfully retain the trophy they won last year.

The Democrat gives you the lowdown on the fixture, from recent meetings, to Monaghan’s current form, along with a verdict of what may happen on Saturday in what could be a defining game for the hurlers.

The most recent meeting between the two sides was in last year’s National League, where the men from Ulster ran out comfortable 3-12 to 1-10 winners in Inniskeen.

The sides last clashed in the championship back in the 2019 Nicky Rackard Cup, in what was a high stakes affair as the losers were to be relegated back to hurling’s lowest tier. That was a game which has had a lasting impression and will live long in the memory of both sets of supporters.

Louth were a team in transition, and it was a very youthful 15 that lined out that day in Crossmaglen, mainstays now like Darren Geoghegan and Feidhelm Joyce impressing.

It was the Farney Men who were in the ascendancy for much of the contest, an early third minute goal from Stephen Lambe coupled with a later strike from Brian McGuigan leaving the Wee County trailing by 2-10 to 1-12 at the interval.

Monaghan continued to push on, but Louth never backed off them and the game was truly up for grabs when with five minutes to play Paddy Finnegan was dismissed for a second yellow card.

To the Ulster side’s credit they bagged another goal through Martin Murphy on 63 minutes, one which put them back in front having fallen behind.

Showing huge determination, Louth’s prolific free taker Darren Geoghegan stepped up to the plate and showed composure beyond his years to sink the leveller soon after to finish the day with an impressive tally of 0-13.

Unfortunately, there was going to be one last swing in this ding dong encounter, from range Kevin Crawley delivered a free that dropped short only for Lambe to remarkably flick the ball into the Louth net to steal the win at the death. That sealed their relegation in heart-breaking fashion.

Other meetings between the two rivals haven’t gone much better for Louth, the Farney Men coming out on top in the earlier National League Division 3A clash by a point, 1-11 to 1-10.

In 2018 they also clashed in the league in Castleblayney, that encounter finished 1-13 apiece, before a further draw in their Nicky Rackard Cup clash in Dowdallshill where they were deadlocked at 0-18 apiece.

A win of any description is long overdue, with revenge on their minds can they finally get one over Monaghan and reignite their championship defence?

Unlike Louth, who had a league campaign to remember by going unbeaten and landing the Division 3B crown on home soil, the National League was not a happy hunting ground for Monaghan this year.

The Farney Men only recorded a single victory this season, a narrow one-point win away to Longford, one which secured their place in Division 3A for next year and relegated the Midlanders.

The Farney men were resolute and well drilled that day, knowing what was on the line and coupled with an early sending off for the home side they led for most of the contest.

Yet they showed some weakness in the final moments, as despite leading by five points at the end of normal time, the Midlanders struck two late goals in injury time only to be eventually beaten not by the opposition but the clock. One point separated them in the end, 1-20 to 3-13.

That might have been their only victory, but it doesn’t mean they were disgraced in any of their other matchups, they were beaten by nine points by an always strong Armagh as well as Tyrone but put up a combined 3-40 in those games showcasing their attacking threat.

They even came close to second win on the final day of the league, falling by just two points to the 3A champions Sligo, 0-23 to 0-19 which was a lot closer than any of other teams The Yeats County met when going undefeated.

Their most recent championship endeavours were nothing to write home about, losing quite convincingly to eventual finalists Mayo, 3-32 to 3-10, before their relegation to Lory Meagher was sealed following another loss to Tyrone by 2-19 to 1-12.

Can they earn back their place in the Nicky Rackard Cup at the first time of asking? Louth and Longford, both on revenge missions will certainly have their say in trying to stop that permutation.

There will no doubt be revenge on the minds of Paul McCormack and the Louth Hurlers, who will certainly still have memories of that last gasp relegation defeat two years ago.

They have the advantage of having had a game already under their belts, plus a trophy already secured this season, but recovering from a game where they shipped five goals in less than 15 minutes is not an easy prospect.

Monaghan on the other hand, come in fresh having had two weeks rest off the back of good performances against Longford and Sligo.

If they don’t smell blood after The Wee County’s drubbing at the hands of the Midlanders last week, coupled with their fantastic recent record against Louth, then quite frankly their noses mustn’t work.

But as the overused cliché goes, teams tend to find their best when behaving like a wounded animal and after beginning their quest to defend the Lory Meagher Cup with a 21-point loss they are certainly hurting.

You don’t become a bad team overnight and Louth have proven they can overcome adversity before, their attacking threat is too strong for them to back down to Monaghan on home soil.

With revenge coupled with that defeat on their minds, you can expect Louth to be hungrier than ever and any slip up for the Ulster side will be punished.

But this is a huge hurdle to overcome, opposition in the league was largely inferior to Longford and Monaghan who have been battle hardened against top class sides in recent Nicky Rackard and 3A competitions.

There is of course a back door for the side which finishes bottom of the three team group, but another loss will make it extremely tough For McCormack to get his troops motivated to become the only side ever to retain the Lory Meagher Cup.

You can expect a fiery encounter, filled with big hits and high scores but Louth are well capable of bouncing back and sealing a long overdue scalp over Monaghan. But there are no questions about it, it’s certainly going to be their toughest assignment to date.  It could go either way.