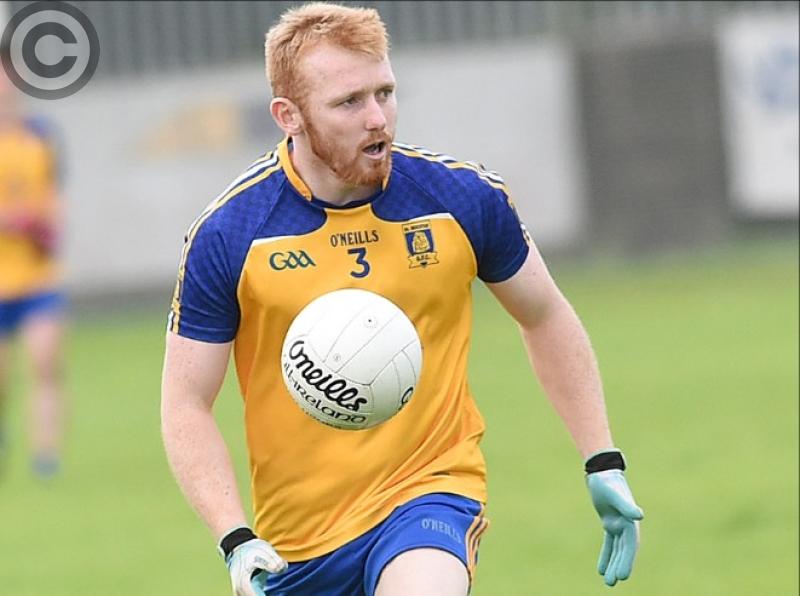 Philip Englishby knows what it takes to defeat St. Fechin’s in a final at The Grove.

The St. Mochta’s full-back was a member of the Naomh Moninne side to pip the Termonfeckin outfit in last year’s senior hurling decider and is hoping to make it two final wins in as many years - and three in all - against the Hoops on Sunday.

A long-standing member of the Louth Village outfit, Englishby was also centre-half on the team to overcome Fechin’s in the 2009 junior showpiece.

“You don’t win anything easy against the Fechin’s, I can assure you,” Englishby told The Democrat. “It’s going to go down to the wire.

“Between them and Hunterstown, they probably have the best forwards in the competition. We haven’t beaten them yet, but if we’re going to win it, you just have to beat the best teams.”

Mochta’s withstood a swirling fightback from Mattock Rangers in the semi-final, having led by only a point when the Collon men launched a siege on the winners’ goal, which Englishby stood protecting. A long ball was rained in, begging to be fisted either way. It would have been a head-in-hands moment for the No. 3, only for his palms and fingers were needed them to combat the Mattock threat…

“I was just thinking: ‘not again’. We’ve had a few disaster moments down through the years.

“I remember a junior championship match against Stabannon in Dunleer, they scored a last minute free-kick and drew the game. The Fechin’s have beaten us twice with last minute goals, one year after another.

“When that last ball was kicked in, we were just going: ‘no’. Thank God, Emlyn (Clerkin), a big strong lad, got the ball. I was just glad to see it come out and you need the breaks in those wee moments. For a couple of years we didn’t get them; against Mattock we did.”

After getting off to a good start in the league, Mochta’s hit a lull before a victory over O’Raghallaigh’s got them going once more. However, perhaps the championship win over Hunterstown Rovers carried most weight considering the Ardee men had been their “bogey” opponents for years.

That has propelled them to a first intermediate final since 1981, where the underdog tag was repeatedly made little of, as St. Bride’s and Mattock discovered to their peril.

“The Hunterstown game in Ardee, it was ‘do or die’ stuff and it really got the championship ball moving.

“But the attitude of the players hasn’t changed, everyone’s feet are firmly on the ground. There is no cockiness, but there is confidence. This is one of the best teams I’ve played with in the Mochta’s. Every man seems to be comfortable on the ball and we’re carrying nobody.

“There is a good feeling in the place, like in 2009. We have the same mix of young and old, we have some serious young players coming through and there is surely some of them going to be wearing the Louth jersey in the next number of years. I’d be 100% sure of that.”