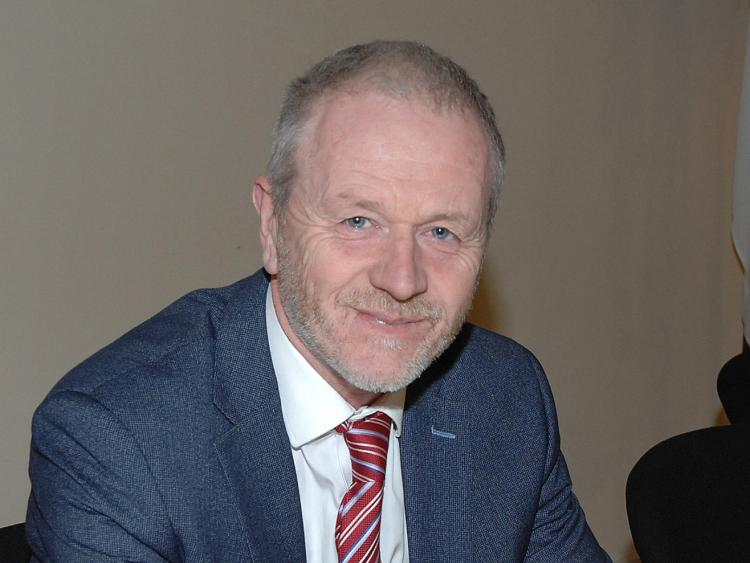 Seán McClean believes the newly-introduced split leagues format is the best way in which to maximise the shortened GAA season. (Pic: Arthur Kinahan)

Seán McClean believes the newly-introduced split leagues format is the best way in which to maximise the shortened GAA season.

The Louth CCC chief was part of the county’s executive delegation which opted to divide Divisions One and Two into groups of six - with no promotion or relegation - setting two games before and three after the club championships.

There has been some criticism of the altered model, much of which has centred on the so-called lack of a competitive edge attached to having only a league title at stake.

However, the Hunterstown Rovers clubman insists it’s the fairest solution given the inter-county campaign will begin in late autumn.

“We looked at doing groups of six with promotion and relegation, but we felt that wouldn’t be fair,” McClean told The Democrat.

“To give everybody football within a short space of time, we decided to focus on giving players a good championship and football in some form via the leagues.

“We’d a very healthy debate and spent a lot of time on it, two or two-and-a-half hours going back and forth. At the start of the debate I don’t think there were two boys on the same page but by the end of it we all agreed that this was the best way forward.

“It wouldn’t have been fair to ask teams to play only five games with the threat of relegation looming. Myself, I think what’s transpired is a very good compromise and it’s something that we’ve constantly looked at once we got some indication, about six weeks ago, that there may be a possibility of games going ahead.

“We looked at several different scenarios and had three sets of fixtures so that when it did actually come to pass we were ahead of the schedule. We sat down with Kevin (Gordon) and Anthony (Briscoe) from the Minor Board as well and they were right up to speed too.”

In terms of available venues and potential crowd caps, McClean doesn’t see there being attendance issues regarding league matches, especially on foot of the promotion and relegation carrots being cut from a height.

However, the fixtures’ chairman has already begun work on establishing a suitable programme for the championship schedule, in alliance with the respective Minor Board and LGFA officials.

“All we can do is look to the government and Croke Park for guidelines and put the best of them into practice. There will be capacities and I know it’ll be very hard to police at club level and there’s a lot of work in front of us, but we’ll just have to do it.

“We’ve gone through the grounds that have been able to facilitate county championship matches and a few of us will have to go around the grounds to see if they can host games practically.

“That may necessitate using less grounds and having more double-headers. We’ll be cherry-picking the grounds and some venues which may have hosted championship matches in the past may not just be suitable this time around, in relation to access, toilets, changing rooms, etc.

“We have a list that we’re starting from and it’s a case of contacting clubs and visiting them. The bigger games are obviously going to go to the bigger grounds.

“We’ve sat down with the Minor Board and I’ve been speaking to Liam O’Neill and the LGFA. Liam’s been very much privé to all our discussions and we’ve worked very closely as a complete group.

“There is room for the ladies’ games and it’s very important that you get those in. There’s still the Sunday morning window or maybe Saturday afternoons. Maybe this could be the year where we look at the ladies forming part of a double-header? I would love to see that.

“The year that’s in it, it’s very difficult, but we’ve looked at it all and scheduled a group per night, with great help from both the Minor and LGFA Boards.”

Asked if he felt the GAA’s upper echelon had expended every possible resource to help members through the various logistical crises, McClean alluded to the inter-county uncertainty as a source of frustration.

“Had we known for sure what was going to happen, we could’ve done something a little bit different. In saying that, Croke Park did give us the road map and that guidance, which we’ve made use of. It was always a case from the start that the club player was going to have to come first.”